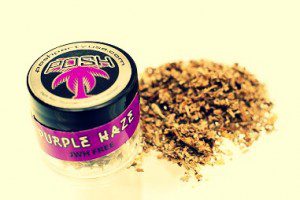 Several local governments have started to include synthetic cannabinoids in their criminal justice drug monitoring programs in an effort to deter their use, after it became clear many people were using the drugs because they knew tests wouldn’t detect them, according to the Director of the University of Maryland’s Center for Substance Abuse Research (CESAR).

Dr. Wish says any program that conducts drug tests, including schools, workplaces, accident investigations, hospitals and treatment programs, are likely missing synthetic cannabinoid use in their populations, due to the high cost and complexity of testing for them. This leads to lost opportunities for diagnosis and intervention.

Synthetic cannabinoids, also known as K2 or Spice, are a mixture of herbs, spices or shredded plant material that is typically sprayed with a synthetic compound. It is typically sold in small, silvery plastic bags or jars of dried leaves or small bottles filled with liquid and marketed as incense that can be smoked, inhaled or vaped.

As federal, state and local governments outlaw specific synthetic drugs, chemists, many of them located in China, simply tweak the molecule and create a new drug that is not illegal. “The only person who knows what the drug is that has been applied to organic material that is sold as synthetic cannabinoids is the chemist—and this chemist has no idea how the new drug will affect the human brain,” Dr. Wish said. “When someone takes this new substance, they are literally playing Russian roulette with their lives and their brains.”

Jurisdictions around the United States are trying to keep up with the chemists by changing their laws. Instead of outlawing specific chemical structures, some governments are focusing on what the substance looks like and whether it is sold at a price that implies it is not just incense, as the package may state. “For instance, if a retail establishment is selling a product that attracts youths or appears to be intended for human consumption, the District of Columbia can close the store down, at least temporarily,” Dr. Wish noted. Baltimore recently implemented a similar law.

“The samples are tested by the criminal justice programs for a small number of drugs. We obtain them when they are ready to be discarded, and send them to an independent research lab that tests for 150 drugs,” Dr. Wish said. In the CDEWS-2 study, CESAR had intended to test for 10 synthetic cannabinoid metabolites. The metabolites are the product of drugs that are metabolized by the liver and show up in the blood and urine. “A toxicologist told us the 10 metabolites were now prohibited by federal law, and we should include two new ones. We were amazed to find if we hadn’t included those two new metabolites, we would have missed 95 percent of people using synthetic cannabinoids,” Dr. Wish said. “That was our introduction about how rapidly these drugs are changing.”

Now, every time CESAR repeats the study, they consult with approximately a dozen chemists and toxicologists around the world to find out which latest metabolites they should be testing for. “Sometimes we need to wait for a new drug test to be available before we test for new drugs,” Dr. Wish noted. In the current CDEWS-3 study, CESAR is now testing for 28 synthetic cannabinoid metabolites.

CESAR found the types of metabolites can vary considerably around the country. For example, synthetic cannabinoid-positive specimens for Tampa juveniles contained only one metabolite, while specimens from adults and juveniles in Washington, D.C. and adults in Denver had as many as 10 different metabolites. In addition, CESAR researchers found metabolites changed in Washington, D.C. over the course of just one year. This suggests the contents of products labeled as synthetic cannabinoids vary widely. “It’s almost impossible to keep up with the changing substances,” Dr. Wish observed.

Doctors treating people in the emergency room for symptoms related to synthetic cannabinoids often don’t have tests available to identify specific metabolites, so they treat the general symptoms, Dr. Wish said. CESAR is now studying urine samples from emergency room patients who say they have taken synthetic cannabinoids. “We will analyze the metabolites and look at their presenting symptoms, so we can say what specific metabolites do to people.”