Drug and Alcohol Use Among Teens at Lowest Rate Since 1990s: Study 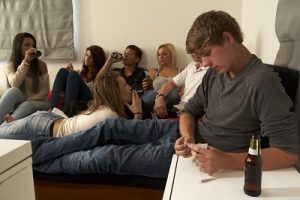 American teens’ use of drugs, alcohol and tobacco has declined to the lowest rate since the 1990s, according to an annual nationwide study.

The Monitoring the Future study found marijuana use declined this year among 8th- and 10th graders, but remains flat among 12th graders, USA Today reports.

Use of prescription opioid painkillers fell among high school seniors, as did use of illicit drugs other than marijuana.