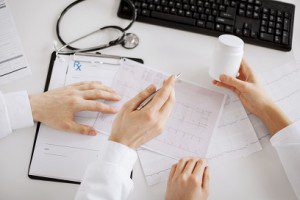 Some doctors are voicing their opposition to new state laws that limit opioid prescribing. The American Medical Association (AMA) and other medical groups say doctors and patients should be able to balance the need to treat pain against the risk of addiction, Stateline reports.

Dozens of states have enacted measures designed to reduce the amount of painkillers prescribed each year. Five states have set limits on the number of pills a doctor can prescribe to a patient for the first time, while 29 states increased monitoring of filled prescriptions to prevent patients from “doctor shopping” for more painkillers.

“Arbitrary pill limits or dosage limits are not the way to go,” said Dr. Patrice Harris, Chairwoman of AMA’s Committee on Opioid Abuse. “They are one-size-fits-all, blunt approaches.”

Some states have limited prescriptions for minor procedures or injuries to a seven-day supply of pills. Dr. Yngvild Olsen, Past President of the Maryland Society of Addiction Medicine, said some doctors may stop prescribing opioids altogether because they object to being told how to practice.

After the Centers for Disease Control and Prevention (CDC) released draft guidelines in December for physicians who prescribe opioid painkillers, Massachusetts Governor Charlie Baker proposed a mandatory three-day limit on first-time prescriptions for opioids. State legislators opposed the three-day limit, but agreed on a seven-day limit. Similar measures were adopted in New York, Connecticut, Rhode Island and Maine this year, the article notes.

The CDC released its final opioid prescribing guidelines in March.