Commentary: Most States Do Not Require Employers to Accommodate Use of Medicinal Marijuana 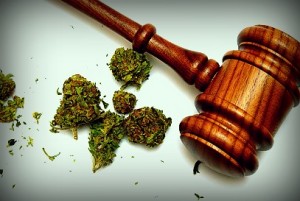 As of May 2016, 25 states plus the District of Columbia allow the medicinal use of marijuana by patients suffering from certain debilitating medical conditions.[1] With perhaps 70-80 percent of marijuana patients between the ages of 18 and 60,[2] there may be upwards of one million users in the workforce at this time.[3] As recently enacted state laws come online and new states join, workforce numbers are expected to increase. Employers across the country, therefore, face the emerging issue of how they are allowed to manage the medicinal use of marijuana by their employees.

One increasingly common question employers face is whether they can fire an employee, or rescind a prospective employee’s job offer, for failing a drug test caused by ingestion of marijuana away from work premises, or must they refrain from acting on the test and thereby accommodate the use? In most states, statutory language and court decisions do not require employers to accommodate. However, seven states impose more restrictions on employers, and at least four other states are considering changes to make their laws more employee-friendly.

Termination for Off-Site Marijuana Use

Statutes in 13 states expressly provide that employers are not required to accommodate the medicinal use or ingestion of marijuana at the workplace or during work hours.[4] In five of these states—California, Colorado, Montana, Oregon and Washington— which happen to contain two-thirds of all estimated marijuana patients, state supreme courts have held that employers may fire lawfully registered patient employees for failing drug tests caused by the off-site medicinal use of marijuana, albeit for somewhat differing reasons.[5]

In six jurisdictions, state statutes do not address explicitly employer accommodation of the medicinal use of marijuana.[6] Nevertheless, in one of those states, New Mexico, a federal court recently held that absent such language in the law, the court would not require employers to do so for “a drug that is still illegal under federal law.”[7]

States That May Be More Employee-Friendly on Marijuana Issue

The statutory language in the remaining seven states is, or at least appears, more employee-friendly. In Connecticut, the law does not address accommodation, but does provide that an employer may not “refuse to hire a person or . . . discharge, penalize or threaten an employee solely on the basis of such person’s status as a patient.”[8] In Illinois, although the law allows an employer to adopt reasonable regulation regarding use and enforce non-discriminatory drug testing and drug-free workplace policies, the provision that the law does not prevent an employer from disciplining employees for failed drug tests appears to apply only in cases of federal employees or federal contractors.[9]

The most employee-friendly state laws are in Arizona, Delaware, Minnesota, Nevada and New York.  In Arizona, Delaware and Minnesota, an employer cannot discriminate against, or terminate, an employee who is a registered patient (other than a federal employee or federal contractor) because of a failed drug test unless the employee used, or was impaired, at work.[10] In Nevada, except for law enforcement agencies, employers must “attempt to make reasonable accommodations for the medical needs of an employee who engages in the medical use of marijuana if the employee holds a valid registry identification card,” provided that the accommodation poses no threat of harm to others, imposes no undue hardship on the employer and does not prevent the employee from fulfilling job duties.[11] Additionally, in New York, qualifying as a patient is sufficient to have a “disability” under New York human rights, civil rights and criminal procedure law,[12] thus requiring employer accommodation for use.

It should be noted that just because a state falls within a certain category now, the law can be changed. During the 2016 state legislative session, there have been bills pending in four states – Hawaii, Michigan, New Jersey and Rhode Island—that would require more employer accommodation of registered marijuana users.

[2] The percentage range is based on state-reported statistics in three states with mandatory registries containing more than 75,000 patients each (Arizona, Colorado and Oregon).

[6] These jurisdictions are: District of Columbia, Hawaii, Louisiana, Maryland, New Mexico and Vermont.