Commentary: Revisiting the Impact of Marijuana Legalization on Children 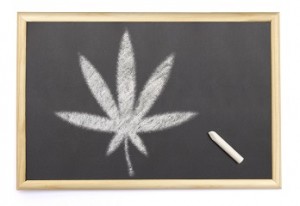 In December 2011, Join Together published a commentary entitled “Legalization of Marijuana and the Impact on Children.” The article stressed that future laws legalizing marijuana use should have strict provisions designed to prevent underage consumption. In the intervening 44 months, four states plus the District of Columbia have legalized the personal use and possession of small amounts of marijuana,[1] the number of states allowing the medicinal use of marijuana for debilitating medical conditions has increased from 16 to 24[2] and 18 states now allow the limited use of low-tetrahydrocannabinol (“THC”) products to treat seizure disorders.[3] Given all this legislative focus on marijuana laws, are we now at a point where we can determine the impact of marijuana legalization on children?

At least there is some positive news. Two recent studies published earlier this summer using data from the Monitoring the Future program (MTF) suggest that the expansion of marijuana laws has not resulted in increased usage by teenagers.[4] In particular, these studies conclude that:

And, when looking at the published MTF data, it appears that the students’ perception of the ease with which they can get marijuana has not changed substantially in recent years (if anything it has lowered) and remains lower than the high water mark in the late 1990s.[7]

There are areas of concern in these and other recent studies, however. The same researchers noted above report that:

Moreover, in data gathered during 2010 and 2011, California students in grades six through eight who had seen marijuana advertising reported that they were twice as likely to use marijuana (or consider using it) than those who had not seen the advertising.[10] Furthermore, since 2000, the number of calls made to U.S. poison control centers concerning marijuana ingestion by children under age six has increased generally, with particular increases in the states that legalized the medicinal use of marijuana during that time.[11]

Although the available research may not yet provide clear answers, lawmakers do seem to be taking heed of concerns about underage access and non-authorized use of marijuana. For example:

Unfortunately, there is not yet sufficient data from Washington and Colorado to support large scale studies of the impact of legalizing the personal use of marijuana on children in those states. However, once that data develops and researchers have more time to look at it and pre- and post-law change data in all states, it will be important to revisit this question.

[4] “Monitoring the Future” is an ongoing study of U.S. 8th, 10th and 12th graders’ behaviors, attitudes and values on a variety of topics, including illicit drug use. www.monitoringthefuture.org/. The program started collecting data from 12th graders in 1975 and data from 8th and 10th graders in 1991. The latest year of data available is 2014.

[12] The state is Massachusetts, and a patient is allowed to cultivate marijuana at home only if the overseeing state agency is satisfied that the patient faces hardship in accessing a dispensary.