Commentary: The Intersection of Household Products and Substance Abuse 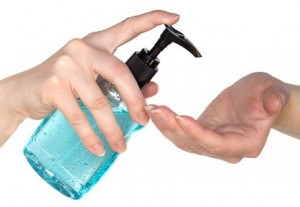 While the emergence of a multitude of synthetic drugs (rightfully) has garnered a lot of recent attention, substance abuse involving common household products still remains a large and ever-evolving problem. This commentary looks at new uses of three common products— hand sanitizer, e-cigarettes and caffeine— that exhibit risks of becoming subject to abuse.

Recent alerts have been issued in both Georgia[1] and Texas[2] concerning alcohol poisonings caused by the use of hand sanitizer. Many sanitizer products are alcohol-based, with 60 percent or more of the product being isopropyl (rubbing) alcohol or ethyl alcohol.[3] After studying calls to poison centers across the county, the Georgia Poison Control Center (GPC) discovered that the number of calls about a child’s ingestion of hand sanitizer have increased roughly 400 percent nationwide from 2010 (3,266 calls) to 2014 (16,117 calls).

Accordingly, in September 2015, GPC issued an alert to the state school system recommending that sanitizer be stored out of the reach of children. Although many instances of poisoning are due to accidental ingestion by young children, adolescents do purposely extract and drink the alcohol. National news reports about this trend date back to 2012, when there were several instances in California of teenagers being admitted to emergency rooms after drinking sanitizer.[4]  For parents, the concerning aspects about this practice include: (1) sanitizer is readily available to minors; (2) the alcohol content is very high; and (3) the method for extracting the alcohol is readily available online and very simple, requiring only salt, filter paper and an empty container.

Electronic cigarettes, which in their more current form are known as personal vaporizers or “vape pens,” have been available in the U.S. market for almost 10 years. In recent years, however, vaporizers are being used to ingest THC in addition to nicotine. The first THC-specific e-cigarette was marketed almost four years ago,[5] but data on how widespread usage is has not been readily available. In September 2015, Yale University researchers released the results of a 2014 survey of almost 4,000 Connecticut high school students, finding that almost 28 percent of the students had used e-cigarettes and, of those users, about 19 percent had used the device to “vape” marijuana.[6] The study noted that common forms of marijuana used in vaping include: (1) hash oil; (2) THC-infused wax; and (3) dried leaves.[7]

One concern about vaping marijuana is the high THC content of the vapors being inhaled. Another concern relates to the practice of extracting THC from hash oil (typically through the use of butane gas) to create a wax. The extraction process is dangerous, as butane is a volatile gas that can explode if not handled correctly. In an effort to reduce the risk of injuries from homemade extractions gone wrong, state legislation outlawing the practice has been proposed recently in several states, with at least three states, Colorado, Hawaii and Washington, enacting laws this year. In Hawaii, no medical marijuana patient or caregiver may use butane to extract THC from marijuana.[8] In Colorado and Washington, it is against the law for an unlicensed person (that is, someone who is not a licensed marijuana producer) to manufacture marijuana concentrate using butane or other dangerous substances.[9]

The dangers of powdered caffeine came to the forefront in 2014 when two young men died after ingesting it.[10] As it turns out, a teaspoon of pure caffeine equates to the amount of caffeine in 25 cups of coffee. In light of the potential for abuse or accidental overuse, over the past year legislation has been introduced in seven states to limit or prohibit sales of pure caffeine powder,[11] with laws enacted in Illinois and Ohio. In Illinois, the new law prohibits the sale of “powdered pure caffeine” to anyone under age 18, while under Ohio’s law, no one can sell a “pure caffeine product” to anyone of any age.[12]

In addition, using a vaporizer to vape caffeine has become a growing trend over the past year, with several specifically designed vaporizers now on the market.[13] The idea behind inhaling caffeine is to provide a more immediate route for the energy “pick-up” than digestion. Of course, a corresponding concern is the potential for users to accidentally (or intentionally) inhale more than intended. To that end, although the article provides anecdotal evidence only, several employees at a large news organization tested a caffeine vaporizer this summer and a couple of them noted an almost immediate increase in their heartbeat.[14]

As shown in this commentary, identifying and targeting the means in which individuals abuse drugs and alcohol remains a constantly moving target. The National Alliance for Model State Drug Laws will continue to stay abreast of developments concerning these common products or others that emerge in the future.

[3] Ethyl alcohol is the same alcohol found in alcoholic beverages.

[7] The process of inhaling vapors from a highly concentrated oil or wax (regardless of method used) is called “dabbing.”