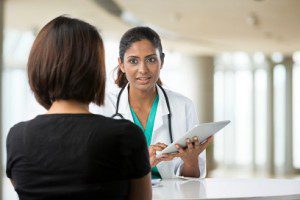 Public health officials have been urging primary care doctors and hospital emergency rooms to ask patients about drug use, and to immediately give those with a drug problem a 10- to 15-minute counseling session, known as a brief intervention.

A second study found people who received brief counseling and a short phone call two weeks later did not reduce their drug use more than people who did not receive counseling. People with the most severe drug problems who received counseling were more likely to seek specialty care later on.

“I think it was wishful thinking that a problem as complex could be solved with a simple intervention,” said Richard Saitz of Boston University, author of the first study. He said some patients who come in for a routine checkup and are told they have a serious drug problem may be overwhelmed by the information. For these patients, a brief counseling session is unlikely to help.

Dr. H. Westley Clark, Director of the Center for Substance Abuse Treatment at the Substance Abuse and Mental Health Services Administration, told NPR the brief intervention model is very useful for many patients. “But as you popularize the intervention, you want to refine your approach,” he noted. Clark says brief interventions may not work for severe cases of drug use. He called for better training for health care providers to help them match patients with the best treatment.