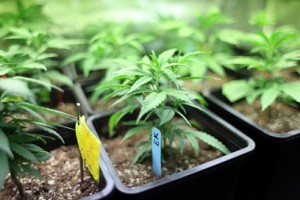 Marijuana being grown today is much more potent than marijuana grown 20 or 30 years ago, according to a study by a Colorado-based lab.

“I would say the average potency of marijuana has probably increased by a factor of at least three. We’re looking at average potencies right now of around 20 percent THC,” said Charas Scientific lab founder Andy LaFrate, PhD. He presented his findings this week at the annual meeting of the American Chemical Society.

THC is the psychoactive compound in marijuana that produces the feeling of being high.

“As far as potency goes, it’s been surprising how strong a lot of the marijuana is,” said LaFrate. “We’ve seen potency values close to 30 percent THC, which is huge.”

NIDA notes that increases in potency may account for the rise in emergency department visits involving marijuana use. “For frequent users, it may mean a greater risk for addiction if they are exposing themselves to high doses on a regular basis. However, the full range of consequences associated with marijuana’s higher potency is not well understood,” NIDA notes on its website.

Many samples tested by Charas had little or no cannabidiol, a compound in marijuana many researchers believe has potential medical uses, the article notes.

The lab also found contaminants in many marijuana samples, such as fungus, bacteria or traces of heavy metals. Contamination testing is required in Washington state, but not in Colorado. Both states have legalized the recreational use of marijuana.