The Affordable Care Act (ACA) will revolutionize the field of substance abuse treatment, according to A. Thomas McLellan, PhD, CEO and co-founder of the Treatment Research Institute.

Currently, just 2.3 million Americans receive any type of substance abuse treatment, which is less than one percent of the total population of people who are affected by the most serious of the substance use disorders—addiction, said Dr. McLellan, who is a former Deputy Director of the White House Office of National Drug Control Policy. Most who receive treatment are severely affected, he said.

“If diabetes were treated like substance abuse, only people in the most advanced stages of illness would be covered, such as those who had already lost their vision or had severe kidney damage,” he said. 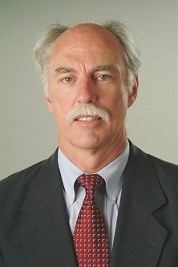 Dr. McLellan reported that 23 million American adults suffer from substance abuse or dependence—about the same number of adults who have diabetes. An additional 60 million people engage in “medically harmful” substance use, such as a woman whose two daily glasses of wine fuels growth of her breast cancer. The new law will allow millions more people to receive treatment, including those whose substance abuse is just emerging.

Under the ACA, substance abuse treatment will also become part of primary care, and will be focused more on prevention. Substance abuse treatment will also be considered an “essential service,” meaning health plans are required to provide it. They must treat the full spectrum of the disorder, including people who are in the early stages of substance abuse. “There will be more prevention, early intervention and treatment options,” he said. “The result will be better, and less expensive, outcomes.”

By the end of 2014, under the ACA, coverage of substance use disorders is likely to be comparable to that of other chronic illnesses, such as hypertension, asthma and diabetes. Government insurers (Medicare and Medicaid) will cover physician visits (including screening, brief intervention, assessment, evaluation and medication), clinic visits, home health visits, family counseling, alcohol and drug testing, four maintenance and anti-craving medications, monitoring tests and smoking cessation.

Currently, federal benefits, such as Medicaid and Medicare, focus on inpatient services, like detox programs, but do not cover office visits for substance abuse treatments. In contrast, Medicaid covers 100 percent of diabetes-related physician visits, clinic visits and home health visits, as well as glucose tests, monitors and supplies, insulin and four other diabetes medications, foot and eye exams, and smoking cessation for diabetics. “These are all primary care prevention and management services, which are the most effective and cheapest way of managing illness,” he said.

The impact of these new rules will be quite substantial, since an estimated 65 percent of insured Americans are covered by Medicaid or Medicare, and the rest are covered by insurance companies that base their benefits structure on federal benefits, said Dr. McLellan.

As addiction becomes treated as a chronic illness, pharmaceutical companies will be much more interested in developing new medications, he added. “Immense markets are being created,” he said. “Until now, there have been about 13,000 treatment providers for substance use disorders, and less than half of those are doctors. Now, 550,000 primary care doctors, in addition to nurses who can prescribe medications, will be caring for these patients.”