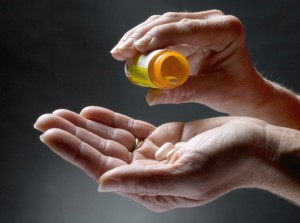 Opioid addiction treatment experts say although the evidence is clear that medication-assisted treatment is the best way to tackle the nation’s opioid epidemic, there is still a stigma attached to using these medications.

Only a small percentage of the more than 4 million people who abuse prescription painkillers or heroin in the United States use one of these medications, methadone or buprenorphine, NPR reports. These treatments have been proven to reduce relapses and overdoses, the article notes.

While limited availability of these treatments is an issue, stigma around the use of addiction medications also prevents some people from using them, experts say.

Because methadone and buprenorphine are opioids, a widespread view among people in recovery is that using these medications is simply replacing one drug with another. They say true recovery requires abstinence—without the use of medication. This view is strongly disputed by doctors and scientists.

“I’ve seen people with opioid-use disorders go through inpatient treatment without medications time and time and time again, without ever being offered alternatives,” said Michael Botticelli, Director of National Drug Control Policy at the White House. “We wouldn’t do that with any other disease. If one treatment failed for you, we’d say, let’s look at other possible treatment options.”

Dr. Marc Fishman, Medical Director at Maryland Treatment Centers in Baltimore, has had good outcomes with patients who use medication-assisted treatment. “We have tons of experience with patients who remain in treatment for months and years, who do very well on relapse-prevention medicines,” he said. Research shows patients who detox without follow-up medications have relapse rates over 90 percent, according to NPR.