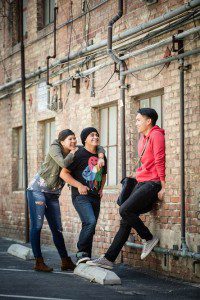 Raising the minimum age of sale for cigarettes and all tobacco products to 21 is a critical tool that can help end the tobacco epidemic.

Young adulthood is a critical time as it relates to tobacco use. That is why Truth Initiative® shifted the focus of its tobacco-prevention campaign from 12-17 year olds to 15-21 year olds.

The 2009 Family Smoking Prevention and Tobacco Control Act set the tobacco age at 18 at the national level and prohibited the U.S. Food and Drug Administration from raising the minimum age of sale.

Yet, the Institute of Medicine estimated that increasing the tobacco age to 21 could reduce tobacco use by 12 percent.

So it is encouraging to see state and city leaders taking action.

In January, Hawaii became the first state to raise its tobacco age to 21. California joined the movement in June when the minimum age of sale in the most populous state in the country increased to 21. Lawmakers in Illinois, Pennsylvania, Massachusetts, Rhode Island, Utah, Vermont and Washington, D.C. have also tried to raise the tobacco age in their states to 21. New Jersey lawmakers actually passed a bill to raise the tobacco age to 21, only to see it vetoed by Gov. Chris Christie. The state legislature is currently considering a new bill.

Equally encouraging is the push to raise the tobacco age at the local level. Earlier this month, Chicago became the latest big city to prohibit the sale of cigarettes and tobacco products to anyone under the age of 21. The Second City is one of more than 155 localities and counting where the tobacco age is 21, including Boston, Cleveland, Kansas City and New York City.

It’s not just major cities. Smaller communities across the country have been taking the lead. In recent months, Universal City, Texas; Leawood, Kansas; Portland, Maine; Worchester County, Massachusettes; Cottonwood, Arizona; and Albany County, New York raised the tobacco age to 21 in their communities. In fact, in 2005, it was Needham, Massachusetts, that became the first community in the U.S. to raise its tobacco age to 21 resulting in youth smoking rates dropping by almost half.

More than 3,200 youth smoke their first cigarette every day. By raising the legal age of sale, these communities are trying to make it more difficult to sell cigarettes and other tobacco products to youth. It’s simply more difficult for a merchant to confuse a 15-year-old for a 21-year-old. Raising the tobacco age to 21 also reduces social access, as adolescents are less likely to socialize with people who are older than 21 than they are with 18-year-olds.

Raising the tobacco age can also prevent young adults from becoming tobacco users. While most smokers smoke their first cigarette before they are 18, that initiation age is increasing, and one-third of adults who become daily smokers make that transition after the age of 18. The Institute of Medicine estimated that raising the tobacco age to 21 could decrease smoking initiation among young adults between the ages of 18 and 20.

Just look at the example of alcohol. Selling alcohol to anyone younger than 21 has been illegal in most states since the 1980s. Studies have shown that increasing the minimum drinking age helped reduce high school alcohol use, drunk driving accidents and binge drinking.

Raising the minimum age of sale of tobacco products is not the only way to reduce tobacco use. But it can be an effective tool to help end the tobacco epidemic, which is why Truth Initiative supports raising the tobacco age to 21, and strongly supports placing the burden on retailers to enforce it.