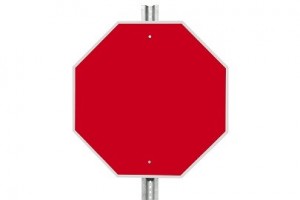 Draft rules released this week by state marijuana regulators call for an octagon stop-sign shape with the letters “THC,” indicating marijuana’s psychoactive ingredient, to be placed on individual edible products.

Under the proposed rules, liquid marijuana products would be limited to single-serve packaging, with 10 milligrams of THC per serving.

“The universal symbol of a red stop sign combined with the words THC provides the public a visible way of identifying marijuana while signaling risks are involved,” said Diane Carlson of Smart Colorado, a parents’ group that has advocated for giving edible marijuana products a distinct look. “This comprehensive approach will ensure children and teenagers are better protected by providing a tool that allows everyone to know when and if marijuana is in a food, candy or soda. It also provides adults a way to discern whether or not a marijuana product has been purchased on the legal market,” she said in a statement.

The proposal would also ban premade edible items. Manufacturers would not be allowed to buy bulk candy and spray it with cannabis oil. Cartoon characters are already banned from marijuana edibles packaging. The state has also prohibited manufacturers from making “look-alike” products such as candies.

A 2014 law requires edible marijuana to have a distinct look when outside its packaging. The law will be implemented starting in January.

Edible marijuana products have become a popular alternative to smoking marijuana in Colorado, since retail sales of the products became legal. Adults 21 and over can legally purchase marijuana edibles at state-licensed stores. Marijuana is now available in products ranging from candy to soda and granola. The amount of marijuana in edible products varies widely. In some cases, products contain levels so high that people experience extreme paranoia and anxiety.