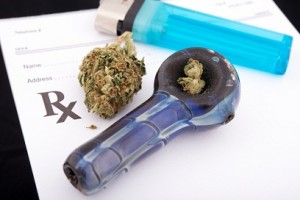 The federal spending measure passed over the weekend includes a provision that will end the federal government’s prohibition on medical marijuana in states where it is legal, The Los Angeles Times reports.

The provision, included in the 1,603-page spending bill, prohibits federal drug agents from raiding retail marijuana operations, the article notes. President Obama has said he plans to sign the spending bill this week.

Marijuana continues to be illegal under federal law. The Drug Enforcement Administration classifies it as a Schedule I drug, which is defined as a drug with no currently accepted medical use and a high potential for abuse.

Thirty-two states and the District of Columbia have legalized marijuana or its ingredients for medical purposes, according to the newspaper. The provision had six Republican and six Democratic co-signers, according to a press release from the office of California Congressman Dana Rohrabacher, one of the co-signers.

“This is a victory for so many, including scores of our wounded veterans, who have found marijuana to be an important medicine for some of the ailments they suffer, such as PTSD, epilepsy, and MS,” Rohrabacher said.

Last year the U.S. Justice Department announced it would allow Colorado and Washington to carry out their recreational marijuana laws. The department said it would focus enforcement on criminal charges in specific areas, such as distribution to minors.