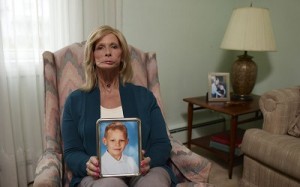 An anti-smoking campaign called “Tips From Former Smokers” cost just $480 per smoker who quit and $393 per year of life saved, according to a new report. The Centers for Disease Control and Prevention (CDC), which ran the campaign, called it successful and highly cost-effective, HealthDay reports.

“Our mission is to protect the public health, and the 2012 Tips ads did this by motivating 1.6 million smokers to make a quit attempt,” study co-author Dr. Tim McAfee, Director of the CDC’s Office on Smoking and Health, said in an agency news release. “In addition, our responsibility is to spend public dollars as wisely and efficiently as possible.”

“There is no question the Tips campaign is a ‘best buy’ for public health — it saves lives and saves money,” added CDC Director Dr. Tom Frieden. According to the CDC, a widely accepted limit for the cost-effectiveness of a public health program is $50,000 per year of life saved.

The study appears in the American Journal of Preventive Medicine.