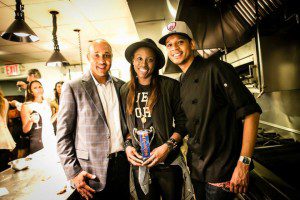 Last week, the Partnership for Drug-Free Kids hosted our third annual All-Star Tasting in New York City, presented by PepsiCo. Celebrity chefs and all-star athletes came together for a night of food and fun in support of our important work.

The evening was a success: nearly $100,000 was raised for our mission to reduce teen substance abuse and support families impacted by addiction. More photos from the event, taken by photographer Josh Wong are available on our Facebook page. We are grateful to all of our sponsors and supporters, and would like to thank all of the chefs, athletes and guests for helping to make our third All-Star Tasting a success.

VIEW PHOTOS FROM THE EVENT >