The Partnership at Drugfree.org Announces New Public/Private Partnership: “Wake Up to Medicine Abuse” 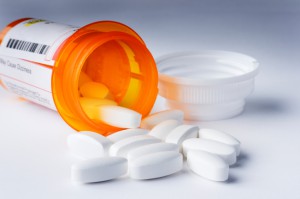 April 10, 2012 (New York, NY) – the Partnership for Drug-Free Kids, in collaboration with Mallinkrodt, the pharmaceutical business ofCovidien, Cardinal Health and PhRMA, today announced a first-of-its-kind, week-long public awareness campaign, “Wake Up to Medicine Abuse.” This initiative will bring the public and private sectors together in a national education effort and call to action to curb the abuse of medicine, one of the biggest drug problems in the United States today.

“Wake Up to Medicine Abuse Week” will take place September 23-29, 2012, and will both encourage and help parents and the public-at-large to take action: first, by talking with the kids in their lives about the dangers of abusing prescription and over-the-counter medicines, and second, by safeguarding and properly disposing of unused medications.

The consequences of medicine abuse, including emergency room episodes, treatment admissions and overdose deaths, have increased dramatically, and it is a behavior that is starting in adolescence. Every day, 2,500 teens use a prescription drug to get high for the first time1,  and the death toll from prescription painkillers alone has tripled in the past decade2.  Due to these high levels of prescription drug abuse, drug overdoses are now the leading cause of accidental death in about a third of the states, outpacing fatalities from car accidents. If the human toll were not enough, all of this is an enormous drain on the nation’s economy, with the health care costs related to this behavior estimated at more than $72 billion annually.3

“Up to this point, national efforts to prevent the intentional abuse of medicine have been inadequate given the scope of the problem and human toll this abuse behavior is taking. In announcing ‘Wake Up to Medicine Abuse,’ the Partnership for Drug-Free Kids and our partners are taking a first step together, calling on all public and private sector organizations with a stake in this problem – federal agencies, state and local governments, distributors, drug stores, medical societies and both the branded and generic pharmaceutical industry – to join with us in this concerted effort and call to action to reduce this dangerous behavior,” said Steve Pasierb, President and CEO of the Partnership for Drug-Free Kids.

“Abuse of prescription drugs is a bigger problem in the United States than most people realize, especially among youth,” said Dr. Benjamin. “We have to make our parents, our educators, our health professionals, our legislators and most importantly, adolescents themselves, aware of the pervasiveness of prescription drug abuse and its harmful consequences…Education is a crucial first step in tackling this problem.”

Pasierb added, “This intensive week is an important step to convey the message that abusing medicine can be just as addictive and just as deadly as abusing illicit street drugs. We will call on parents to talk with their kids about this dangerous behavior by using research-based information and tips we will provide, and encourage everyone to both secure current medicines and properly dispose of old medications. Without a major public mobilization effort that can eventually be sustained year-round, we are not going to be able to move the needle on this deadly epidemic.”

Through a destination website where visitors can learn more about the problem and what they can do, new public service announcements, and public outreach, education and events, “Wake Up to Medicine Abuse Week” will shine a spotlight on this public health crisis, including both prescription and over-the-counter medicines.

“We must end abuse and illicit diversion of prescription pain medications by increasing awareness, expanding education, fostering collaboration and promoting innovation,” said Mark Trudeau, President, Mallinckrodt. “Together, through campaigns like ‘Wake Up to Medicine Abuse,’ we can ensure that only legitimate patients have access to and appropriately use these important therapies.”

“We’re pleased to collaborate with the Partnership for Drug-Free Kids to help Americans better understand the dangers of prescription drug abuse,” said George Barrett, Chairman and Chief Executive Officer of Cardinal Health. “Our participation in the ‘Wake Up to Medicine Abuse’ campaign is a natural extension of our GenerationRx outreach and education program and our community-based Medication Disposal Days.” For more information on GenerationRx, visit www.CardinalHealth.com/GenerationRx.

“Prescription drug abuse has a broad spectrum of causes and every stakeholder involved must continue working together to alleviate such a widespread issue,” said John J. Castellani, CEO and President of the Pharmaceutical Research and Manufacturers of America (PhRMA). “PhRMA has had a long, positive relationship with the Partnership for Drug-Free Kids, and the newly announced ‘Wake Up To Medicine Abuse’ week reflects our enduring commitment to help prevent prescription drug abuse and educate patients on how to safely use and dispose of their medicines.”