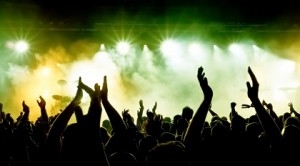 NEW YORK (Jan. 25, 2016) – Teen musical artist Lee Reh has been chosen as the winner of the sixth annual GRAMMY Foundation® and MusiCares® Teens Make Music Contest for his original interpretation of the importance of living above the influence of drug and alcohol use. Second- and third-place winners have also been chosen. The GRAMMY Foundation and MusiCares, the two nonprofit organizations of The Recording Academy®, in collaboration with the Partnership for Drug-Free Kids’ Above the Influence campaign, will honor all the winners in late January and early February with exclusive GRAMMY® experiences and prizes. The GRAMMY Foundation offers a range of GRAMMY in the Schools music education programs for high school students, teachers, and schools along with archiving and preservation initiatives; and MusiCares provides emergency financial assistance and addiction recovery resources to members of the music industry in need.

The contest asked young musicians, ages 14-18, to compose or create an original song and/or music video that celebrates life above the influence or brings attention to the real-life consequences of substance abuse. All winners will attend the 58th Annual GRAMMY Awards® Backstage Experience, a special backstage tour that takes place while artists rehearse for the live GRAMMY Awards.

First-place winner Reh, a student at Stephen and Harriet Myers Middle School in New York, submitted “Fight,” a song, featuring Rah-mene McDuffie, that encourages teens not to succumb to the negative influences around them. It describes how drug and alcohol use can be as close to a teens’ front door, yet they have the power to rise about the pressures to use, as rapped in the lyrics: “I watch the people on my block sit around using; doing nothing, to themselves they think they doing something. Young girls dressing up asking grown men, let me get 10 dollars to smoke that new new. You wonder why it’s not easy to give into this pressure; just look around, neighborhood is a desert. Using drugs is expected. Huh, I won’t do it. No, I won’t do it.”

“It is an honor to once again partner with the GRAMMY Foundation and MusiCares to showcase inspiring, talented teen musicians,” said Marcia Lee Taylor, President and CEO of the Partnership for Drug-Free Kids. “As the numbers of submissions grow each year, we continue to be impressed by the level of skill and creativity among all of the contestants as they express what being above the influence means to them and how they are in control over their well-being and their choice to avoid substance abuse.

“We are so proud of how this program has developed since its inception,” said Neil Portnow, President/CEO of the GRAMMY Foundation, MusiCares and The Recording Academy. “The Teens Make Music Contest is an ideal way to underscore the work of the GRAMMY Foundation and MusiCares, and our alliance with the Partnership for Drug-Free Kids, and we think the program is making a significant difference by providing young people with compelling messages about dangers of substance abuse, and the benefits of a healthy lifestyle.”

Third-place winner Shannon Corsi, a student at Rumson-Fair Haven Regional High School in New Jersey, submitted “Trailblazer.” Her song motivates teens to be true to themselves and be empowered to not follow the crowd involved in harmful behaviors: “Stepping away from what will bring you down; being the outlier of the town, can feel lonely only if you let it. Create the life you want to live, and rise above the influence. Don’t, don’t ever say ‘impossible.’ It’s up to you to be a mover, a shaker, a leader, a thinker, a trailblazer.”

Honorable mentions go to Kameren Saulsberry of Lithonia, Georgia, for her song “Influence,” and Yahya Abdul-Basser of Jamaica, New York, for his song “For You.”

MusiCares and the GRAMMY Foundation provided a panel of judges that included music industry professionals, while the Partnership for Drug-Free Kids provided technical expertise in the judging process. Points were given for accurate depictions of subject matter. The winning entries can be heard at http://www.abovetheinfluence.com/music-winners-2016.

The Partnership for Drug-Free Kids is dedicated to reducing substance abuse among adolescents by supporting families and engaging with teens. We develop public education campaigns that drive awareness of teen substance abuse, and lead teen-targeted efforts that inspire young people to make positive decisions to stay healthy and avoid drugs and alcohol. On our website, drugfree.org, and through our toll-free helpline (1-855-DRUGFREE), we provide families with direct support and guidance to help them address teen substance abuse. Finally, we build healthy communities, advocating for great access to adolescent treatment and funding for youth prevention programs. As a national nonprofit, we depend on donations from individuals, corporations, foundations and the public sector and are thankful to SAG-AFTRA and the advertising and media industries for their ongoing generosity. We are proud to receive a Four-Star rating from Charity Navigator, America’s largest and most-utilized independent evaluator of charities, as well as a National Accredited Charity Seal from The Better Business Bureau’s Wise Giving Alliance.

About the “Above the Influence” Campaign

Above the Influence (ATI) is a national program led by the Partnership for Drug-Free Kids that challenges youth, ages 12 – 17, to think critically about the adverse effects of drug and alcohol use and the potential negative influences surrounding them in their social and media environment. ATI connects directly with teens and local youth-serving organizations to deliver messages, activities and support to help teens stay “above the influence” of drugs, alcohol and risky behaviors. Multiple scientific findings indicate that teens who have increased exposure to and engagement with ATI have stronger anti-drug beliefs than teens with low exposure to the campaign.

About the GRAMMY Foundation

The GRAMMY Foundation was established in 1988 to cultivate the understanding, appreciation and advancement of the contribution of recorded music to American culture. The Foundation accomplishes this mission through programs and activities that engage the music industry and cultural community as well as the general public. The Foundation works in partnership year-round with its founder, The Recording Academy, to bring national attention to important issues such as the value and impact of music and arts education and the urgency of preserving our rich cultural heritage. In recognition of the significant role of teachers in shaping their students’ musical experiences, the GRAMMY Foundation and The Recording Academy have partnered to present an annual Music Educator AwardTM. Open to current U.S. music teachers in kindergarten through college, the third annual Music Educator Award recipient will be given recognized during GRAMMY Week 2016. For more information about our music education programs, please visit www.grammyintheschools.com. For breaking news and exclusive content, please “like” GRAMMY in the Schools® on Facebook, follow the GRAMMY Foundation on Twitter @GRAMMYFdn and join us on Instagram @GRAMMYFdn.

MusiCares was established in 1989 by The Recording Academy to provide a safety net of critical assistance for music people in times of need. MusiCares’ services and resources cover a wide range of financial, medical and personal emergencies, and each case is treated with integrity and confidentiality. MusiCares also focuses the resources and attention of the music industry on human service issues that directly impact the health and welfare of the music community. For more information, please visit www.musicares.org. For breaking news and exclusive content, please “like” MusiCares on Facebook and follow @MusiCares on Twitter and Instagram.