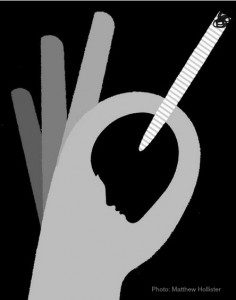 Today’s New York Times published an op-ed penned by our President & CEO, Steve Pasierb, in response to the Times’ July 27th editorial endorsement on legalization of marijuana, “Repeal Prohibition, Again.”  Steve’s response letter, below, can be found both online and in today’s print edition of the paper.

As your July 27 editorial “Repeal Prohibition, Again” says: “There are legitimate concerns about marijuana on the development of adolescent brains. For that reason, we advocate the prohibition of sales to people under 21.”

Our concern about legalization is its effect on kids. Society may not do much better at enforcing this restriction on sale and marketing of marijuana to kids than we have with alcohol and tobacco. Research shows that use of any of these drugs in adolescence — especially early adolescence — significantly heightens risks of substance use disorders in later life.

We need to provide a much better prevention and treatment infrastructure, which expanded access to marijuana and increasing teenage use will require. That begins with limiting marijuana marketing that kids will be exposed to, and equipping parents with information about the very real health risks of early use.

These are not details to be sorted later, but vital considerations. These are the considerations that matter most to us, and to most parents, including — research shows — those favoring legalization.

The National Institutes of Health’s Monitoring the Future Study (MTF), an annual survey tracking substance use among nearly 45,000 8th, 10th and 12th graders, shows a dramatic increase in American teens’ use of vaping devices in just a single year.

Drug Use Declines Among American Youth: Teen Use of Most Illicit Substances Down, Past-Year Marijuana Use Remains Relatively Stable

A letter issued today by the DEA Acting Administrator, states that marijuana will remain a Schedule I substance under the Controlled Substances Act, while encouraging further scientific research into the medical applications of marijuana.