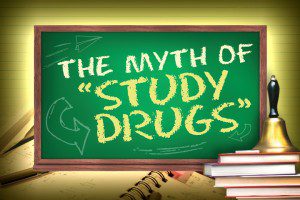 We are proud to announce that St. Petersberg College’s Center for Public Safety Innovation, who partnered with us on a special webcast entitled “The Myth of Study Drugs,” has been named a Bronze winner in the 35th Annual Telly Awards. The webcast stood out among nearly 12,000 entries from all 50 states and numerous countries.

The informative video featured a panel of experts discussing the dangers of misusing prescription stimulants for recreational and study purposes. On the panel was our President and CEO, Steve Pasierb, who discussed our Medicine Abuse Project and how the Partnership is working to address the issue of stimulant abuse.

The Telly Awards was founded in 1979 and is the premier award honoring outstanding local, regional, and cable TV commercials and programs, the finest video and film productions, and online commercials, video and films. Winners represent the best work of the most respected advertising agencies, production companies, television stations, cable operators and corporate video departments in the world.

August 31 is International Overdose Awareness Day, so let’s do our part to prevent more loss and suffering.

Our President and CEO, Marcia Lee Taylor, participated in the session, HIDTA Heroin Response Strategy: Take-Home Strategies for Your Community, which highlighted several High Intensity Drug Trafficking Areas collaboration with the Partnership and the Centers for Disease Control and Prevention.