Teens With Severe Alcohol and Drug Problems Often Lack Concern for Others: Study 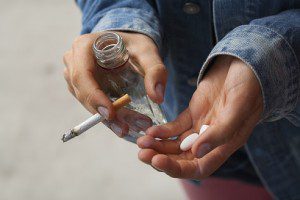 Teens with severe drug and alcohol problems often have a low regard for others, a new study suggests. They have higher rates of driving under the influence and having unprotected sex with a history of sexually transmitted disease, The Huffington Post reports.

These teens are also less likely to volunteer their time helping others, the researchers report in the Journal of Child and Adolescent Substance Abuse. Helping others has been shown to help adult alcoholics stay sober, the article notes.

“Alcoholics have been described as a ‘tornado running through the lives of others,’” said lead author Maria Pagano, PhD, an associate professor of psychiatry at Case Western Reserve University School of Medicine in Cleveland. “Results from this study suggest that alcoholics lack awareness of others and how their actions impact others, rather than being sociopaths or intending to harm others.”

Pagano and colleagues studied 585 Ohio high school students. The researchers compared the behaviors of students with addiction to drugs or alcohol to those with no history of drug and alcohol use, and those with some past experience of drugs and alcohol.

They found 55 percent of all teens said their last sexual encounter was unprotected, and 20 percent had a history of driving under the influence. The more severe their addiction, the more likely teens were to engage in behavior that showed a low regard for others.

Pagano is now studying whether addicted teens who volunteer have a reduction in risky behaviors. She said it is possible that volunteering may improve teens’ regard for and sensitivity toward others. “To increase muscle in becoming more aware of others, teens struggling with or at risk for addiction should get active in helping others as a method to get out of self,” Pagano said.