Synthetic Marijuana-Related ER Visits More Than Doubled in One Year 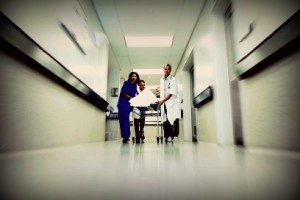 Synthetic marijuana, also known as “K2” or “Spice,” is especially dangerous because there is a widespread misconception these drugs are safe and legal, according to Pamela Hyde, Administrator at the Substance Abuse and Mental Health Services Administration (SAMHSA). “These injury reports compel us to get the word out to all segments of the community — especially youth — that these products can cause significant harm,” she noted in a news release.

The Synthetic Drug Prevention Act of 2012 specifically prohibits the sale or possession of some types of synthetic marijuana. The Drug Enforcement Administration and nearly all states have also taken some regulatory action against these products once they have been identified, according to SAMHSA. “However manufacturers of these compounds continue to modify their chemical structures in an attempt to evade current laws,” the agency notes.

Yes, this is a very dangerous drug(s) because of all the chemicals involved in making it of which we have no idea of their effects. We desperately need to get the word out. We have seen many youth in our psychiatric hospital who have used this just one time and are so impaired as a result that they will never have what is considered a “normal” life again. Their ability to think, reason, and even care for themselves is so altered that they will need ongoing care the rest of their lives. It is very tragic because youth seem to think it is harmless and will give them a fun high, but in reality, it can ruin their lives now and forever.