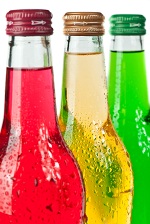 Teens who drink supersized flavored alcoholic drinks known as “alcopops” are at greatly increased risk of injury, according to a new study.

The study included data from an online survey of more than 1,000 teens and young adults ages 13 to 20 who said they had consumed at least one alcoholic drink in the previous month. HealthDay reports those who said they drank super-sized alcopops were more than six times as likely to say they had suffered alcohol-related injuries, compared with those who did not drink the beverages.

There are three types of alcopops: malt-based flavored beverages (such as Mike’s Hard Lemonade or Smirnoff Ice); spirits-based premixed, ready-to-drink cocktails (such as Jack Daniel’s cocktails); and supersized alcopops (including Four Loko or Joose). Supersized alcohol beverages can contain the equivalent of between four and five alcoholic drinks, the researchers note in a press release.

The study found consuming any combination of two or more flavored alcoholic beverages was strongly associated with reporting of heavy episodic drinking, fighting and alcohol-related injuries.

“It is impossible to discuss harmful alcohol consumption among youth and not include supersized alcopops,” said study co-author David Jernigan, PhD, Director of the Center on Alcohol Marketing and Youth at the Johns Hopkins Bloomberg School of Public Health. “These low-priced and sweet-tasting beverages are associated with reports of dangerous consequences among youth.”

Alcopops remain largely unregulated, the researchers said. They “continue to present an emergency public health problem of harmful alcohol consumption among youth,” they wrote in the American Journal of Public Health.