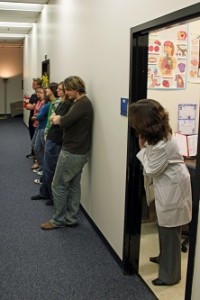 New York this year has joined at least four other states in allowing public school nurses to add the opioid overdose antidote naloxone to their inventory, NPR reports. Other states with similar policies include Vermont, Massachusetts and Delaware.

In most states, school nurses have no alternative but to call 911 if a student overdoses at school. A national study released in 2014 by the Partnership for Drug-Free Kids found almost one in four teens (23 percent) reports abusing or misusing a prescription drug at least once in their lifetime.

Many school administrators are hesitant to use naloxone at school because of concerns about potential lawsuits, the article notes. The New York law that allows naloxone use in schools makes it difficult to sue, by stipulating that nurses are protected from liability if they act in good faith.

“Some districts might, nevertheless, fear that they would have to defend this type of lawsuit, even if, ultimately, they were successful,” said Jay Worona, General Counsel for the New York State School Boards Association.

The National Association of School Nurses endorsed naloxone in June. In a statement, the group said “the safe and effective management of opioid pain reliever-related overdose in schools [should] be incorporated into the school emergency preparedness and response plan.”

Rebecca King, who co-authored the statement, says school nurses must act quickly in cases of opioid overdoses, because the drugs cut off oxygen to the brain. “They are emergency responders and they should have naloxone available, just like they have other medications, such as epinephrine,” she said.

Medication-assisted treatment for opioid addiction is underused, according to a new study.

Medication used to treat opioid addiction can be helpful for teens who misuse opioids, a new study suggests. Until now, the evidence for the effectiveness of medication-assisted treatment in teens has been unclear, HealthDay reports.

I am a school nurse in Delaware. Naloxone is one tool that school nurses can use to save lives. We are on the front lines with our children. We know what they are doing and we have a profound impact on their health and well-being. We are fortunate that one of our state legislators, Sen. Bethany Hall Long, had the foresight to know that school nurses could be an important link in saving a life during a potential overdose and death.

Good for them! All states should follow suit. The fact that some administrators fear losing a lawsuit more than the thought of a losing a child’s life is depressing…