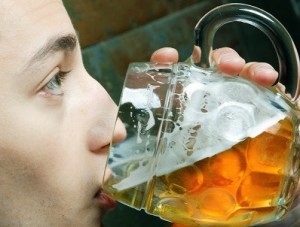 Brief alcohol education programs are only temporarily effective in convincing college students to reduce their drinking, a new study suggests.

The study included more than 1,000 college students who had been through some type of alcohol education program, such as an online course, a computerized lab session or one-on-one counseling, NPR reports. After one month, 82 percent of students said they drank less, regardless of which program they participated in. After one year, 84 percent said they had increased their drinking, often to dangerous levels.

The programs were more effective for women, and for younger, more inexperienced drinkers. For about 10 percent of students, most of them men involved in Greek fraternity life, the programs had no effect on their drinking. The heaviest drinkers, who averaged 32 alcoholic drinks on their heaviest drinking weeks, were more likely to play drinking games. They were also most likely to be freshmen.

The study appears in the Journal of Consulting and Clinical Psychology.

Lead researcher James Henson of Old Dominion University said the findings indicate colleges need to keep reminding students who do drink to be aware of their limits, pace themselves and keep hydrated. “You need to remind students that people can still have fun and consume alcohol without hurting themselves,” he said. Some colleges send out reminder emails about drinking, he noted. Henson is developing a system that will send students text reminders when they are out partying.

“When you’re young, your brain isn’t fully developed,” says George Koob, Director of the National Institute on Alcohol Abuse and Alcoholism. This means that college freshmen are especially likely to be making bad decisions about drinking, he adds. “Plus on campuses there’s this perception that it’s OK to drink and it’s OK to drink as fast and as much as possible,” he said. “So this is obviously a very complicated problem.”