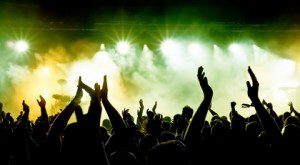 Volunteer sober groups are expanding at summer music festivals, The New York Times reports. These groups are expected at more than a dozen festivals this year.

Music festival promoters are trying to fight the perception that their events are drug-fueled. Last year festival organizers increased drug screening after reports of drug-related deaths at festivals in 2013. The deaths were linked to the club drug Molly. Organizers said they will provide medical tents with doctors, nurses and emergency medical technicians. They also said they will employ sniffer dogs, pat-downs and other drug screening measures.

Sober groups are expected this summer at festivals including Lollapalooza in Chicago, Outside Lands in San Francisco, Electric Daisy Carnival in Las Vegas and Nocturnal Wonderland in San Bernardino, California.

“You can see the growth,” said Patrick Whelan, who organizes volunteers for the events using Facebook. “We couldn’t have imagined it 10 years ago. We’ve gone from one or two festivals to 10 or 12 — and social media has driven that.”

The groups are given space, equipment and marketing by festival promoters. “A lot of promoters know that folks like to have a good time at festivals and they want to balance that with areas that promote a sober experience,” said Tom Russell, who started Founders Entertainment, which produces Governors Ball. “People are going to do what they want to do, but I want to create a safe environment.”

Sober music groups got their start when a group of Grateful Dead fans banded together in the 1980s to enjoy the music while avoiding their old vices, the article notes. The group, called the Wharf Rats, use yellow balloons at concerts. That symbol is still used by sober groups.

At the Bonnaroo festival, a group called Soberoo hosts three or four daily meetings throughout the weekend. Meeting attendance ranges from only a few people to more than 150.

Facebook is collaborating with Partnership for Drug-Free Kids + Center on Addiction to launch an initiative to encourage people to discuss their experiences with opioid dependency.

Frequency of Drinking, Drug Use Dreams Decreases the Longer a Person is in Recovery

A new study finds the frequency of dreams involving drinking and drug use decreases the longer a person is in recovery.