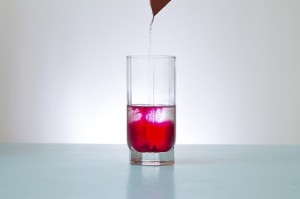 Powdered alcohol was approved by a government agency on Tuesday, The Washington Post reports. The product, called “Palcohol,” could arrive in stores this summer.

Last year the Alcohol and Tobacco Tax and Trade Bureau (TTB) approved labels for powdered alcohol. It then said the approval had been a mistake.

Lipsmark, the company that makes Palcohol, plans to sell four powdered products: cosmopolitan, margarita, a vodka and a rum, the article notes. The product will be sold in foil pouches that can be used as a glass. A person pours in five ounces of water, zips up the bag and shakes it until the powder dissolves.

Several states, including Louisiana, South Carolina and Vermont, have banned the use/sale of powdered alcohol, and a number of other states are considering similar legislation.

U.S. Senator Charles Schumer of New York introduced a bill last year to ban powdered alcohol. Last May Schumer urged the Food and Drug Administration (FDA) to prevent federal approval of powdered alcohol. He said it could become “the Kool-Aid of teen binge drinking.” Schumer noted the product can be mixed with water, sprinkled on food or snorted. He asked the FDA to investigate the potential harmful effects of the product.

In a statement released last May, Mothers Against Drunk Driving (MADD) said it agreed with Schumer. “This product is the latest in a long list of specialty alcohol fads,” MADD said. “As with anything ‘new,’ this product may be attractive to youth. … In the case of Palcohol, we share Senator Schumer’s view that the U.S. Food and Drug Administration should carefully review this product as it would seem to have the potential to increase underage drinking.”