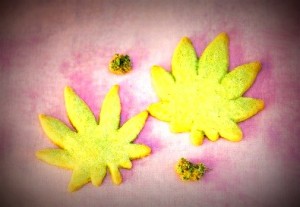 States considering legalizing recreational marijuana should carefully consider lessons learned in Colorado when making their own rules regarding edibles packaging and serving sizes, according to Tista Ghosh, MD, Deputy Chief Medical Officer of the Colorado Department of Public Health and Environment.

“In the past two years, we have seen an increase in poison control center calls and emergency department visits related to children under age 9 who consumed marijuana edibles,” Dr. Ghosh said. In November 2012, Colorado, along with Washington state, legalized the recreational use of marijuana for adults 21 and older.

Marijuana edibles are products such as candy, cookies and soda that look like regular food, and can be enticing to children. When edible products were first sold in Colorado, labels stated a single serving size contained 10 milligrams of THC, the psychoactive ingredient in marijuana. However, a product such as a cookie could contain as much as 10 servings, or 100 milligrams of THC. “That meant a serving size would be one-tenth of a cookie, but many people didn’t realize that, even if it was on the label,” Dr. Ghosh explained.

The state is looking to standardize edibles’ warning labels, and mandate that 10-milligram doses of THC be in individual serving sizes. Colorado is also running educational campaigns, following three high-profile deaths in which edibles were implicated.

“We didn’t anticipate edibles’ serving size would be an issue,” Dr. Ghosh noted. “We assumed most people would smoke marijuana, where the effect is immediate. With edibles, the effect is delayed, so people may think it’s not working and keep eating more.”

A survey by Dr. Ghosh’s department found about 95 percent of adults who used marijuana in the previous 30 days had smoked the drug, and 45 percent also said they ingested it in edible form.

Another problem that arose early on with legalization was “dabbing,” the creation of marijuana concentrates that use solvents such as butane, which have resulted in explosions.

While public health officials are concerned about an increase in impaired driving and trauma from ski or snowboarding accidents due to marijuana legalization, there isn’t enough data yet to determine legalization’s impact in these areas, Dr. Ghosh said.

Kennon Heard, MD, PhD, Associate Professor of Emergency Medicine at the University of Colorado School of Medicine, agrees that accidental pediatric exposure to marijuana edibles is the biggest danger resulting from marijuana legalization. “We have seen 14 cases of pediatric exposures in local children’s hospitals in the two years after legalization, compared with none in the several years before legalization. A few of the children have had severe symptoms from eating marijuana-infused products,” he said.

Among adults, a common problem is that today’s marijuana contains much more THC than the marijuana of 10 or 15 years ago, and comes with much more intense and unpleasant side effects. “We are seeing many more cases of marijuana-related vomiting in the ER. People need to be aware that if they are going to use marijuana, they can’t base the amount they use on how much they used in years past.”

With so many unintended consequences of marijuana legalization, Colorado is trying to quickly change its regulations, Dr. Heard said. “When we started, there wasn’t a template to understand what we needed to do. Now that we know what the problems are, we’re trying to correct them.”