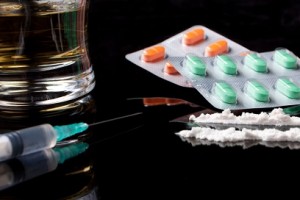 People who overcome a substance use disorder have less than half the risk of those who do not overcome it of developing a new addiction, according to researchers at Columbia University.

“The results are surprising, they cut against conventional clinical lore, which holds that people who stop one addiction are at increased risk of picking up a new one,” Senior Author Dr. Mark Olfson told Reuters. “The results challenge the old stereotype that people switch or substitute addictions, but never truly overcome them.”

The researchers examined data from surveys taken in 2001 and 2004, which included almost 35,000 adults. They compared the occurrence of a new substance use disorder among adults who already had at least one such disorder. The survey participants were asked about a wide range of substances, including marijuana, cocaine, heroin, alcohol, tobacco, painkillers, sedatives and tranquilizers.

Those most likely to develop a new substance use disorder during the study were young, unmarried men who had mental health problems in addition to substance abuse.

The findings appear in JAMA Psychiatry.

“While it would be foolish to assume that people who quit one drug have no risk of becoming addicted to another drug, the new results should give encouragement to people who succeed in overcoming an addiction,” Olfson said. “I hope that these results contribute to lessening the stigma and discrimination that many adults and young people with a history of substance abuse face when they seek employment.”

The COVID-19 pandemic is leading to a sharp rise in people seeking help for mental health issues, experts tell The Washington Post.

Addiction experts say they are worried the isolation required to combat the coronavirus pandemic is a national relapse trigger, The New York Times reports.

Many 12-step programs are making changes such as using technology to keep people connected during the COVID-19 crisis, according to the Los Angeles Times.