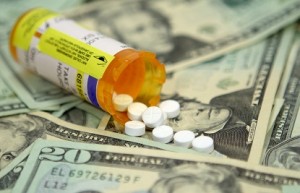 Opioid abuse could be costing U.S. employers up to $8 billion annually, according to a report by the benefits firm Castlight Health.

Castlight recommends employers, especially those with large and diverse workforces, analyze where lower back pain and depression—two conditions closely associated with opioid abuse—are most prevalent in their company. The company notes that employers may want to guide some employees away from unnecessary back surgery, which comes with opioid prescriptions.

The report notes that “targeted educational content could help inform employees suffering from lower back pain that an opioid may not be the wisest option for them, or that physical therapy benefits are available.”

“With this guidance, employers can help their employees easily find and access their health benefits, and avoid care choices that could require opioid use and lead to potentially abusive behavior,” according to the report, “The Opioid Crisis in America’s Workforce.”

The findings are based on data covering almost one million workers who used Castlight’s benefit platform between 2011 and 2015.

According to CNBC, the report found that almost one-third of opioid painkiller prescriptions funded by employer plans are being abused. Castlight found 4.5 percent of workers who have received an opioid prescription have demonstrated a pattern of drug abuse. Among baby boomers, the rate was almost 7.5 percent.