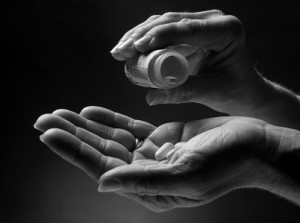 A growing number of older adults are abusing drugs and dying from overdoses, The Wall Street Journal reports. Baby Boomers, born between 1946 and 1964, are turning to drugs as they face the challenges of aging, health officials say.

As young people, the Baby Boomer generation used drugs at the highest rates of any generation, the article notes. They are growing older in an era of widespread abuse of opioid painkillers.

A survey by the Substance Abuse and Mental Health Services Administration found marijuana is the most popular drug of abuse among aging Baby Boomers, followed by pain pills. In this age group, painkillers are the drug most often involved in overdoses, followed by anti-anxiety drugs.

Wilson Compton, Deputy Director of the National Institute on Drug Abuse, calls the increase in overdose deaths among this age group very concerning. “Generally, we thought of older individuals as not having a risk for drug abuse and drug addiction,” Dr. Compton said. “As the baby boomers have aged and brought their habits with them into middle age, and now into older adult groups, we are seeing marked increases in overdose deaths.”

Government researchers estimate more than 5.7 million people over age 50 will need substance abuse treatment by 2020. Rehab centers are adjusting their treatment for older clients. They are providing more medical care on site, getting rid of bunk beds and hiring more experienced addiction counselors.

The fastest-growing population of marijuana users in America is the elderly. Marijuana helps with some of the typical problems of aging like no other drug, and it does so safely and with fewer unwanted side effects than most pharmaceutical drugs on the market today.

Arthritis and degenerative disc disease are very common in the elderly, and marijuana helps with the chronic pain associated with these and other conditions. In fact, chronic pain is the most common reason that physicians recommend marijuana in the states where it is allowed. Marijuana relieves pain without oversedation. Marijuana allows pain patients to use fewer narcotics and fewer nonprescription, or over-the-counter, pain medications.

Another resource that addresses older adults and substance use disorder is the educational program titled A Hidden Epidemic. This program is abased on the evidence in 76 articles from the literature and interviews with experts across the nation. Please check http://www.lcwproductions.com/ahiddenepidemic.html to learn more.

Any kind of drug abuse or overdose is harmful to health. If you or your loved one is addicted to drug the immediately start treatments to stop it.

born in 1946, I certainly am an example of an older addict.
Getting clean and sober in my early 50’s has felt and does feel pretty darn good now that I am about to turn 69.
Anyone, any age can do it.
Skip Sviokla MD ABAM