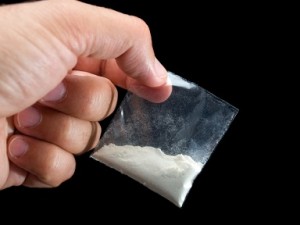 Mexican drug cartels are increasing their profits by exporting more heroin to the United States, the Associated Press reports. They are refining opium paste into high-grade white heroin, and using distribution routes they built for cocaine and marijuana.

The Mexican opium trade is now worth many billions of dollars, the article notes. Farmers who plant poppies in Mexico told the AP all of their product is exported, most of it by the Sinaloa Cartel.

The Drug Enforcement Administration estimates Mexico produced almost half of the heroin found in the United States in 2014, up from 39 percent in 2008. Afghanistan produces more heroin, but sends most of it to Asia and Europe.

Heroin addiction in the United States is growing as more people who became addicted to prescription painkillers are looking for a cheaper alternative, the AP notes. Heroin overdose deaths increased 39 percent from 2012 to 2013, according to a recent report by the Centers for Disease Control and Prevention. The report found 8,257 Americans died of a heroin overdose in 2013.

The amount of marijuana seized by U.S. officers along the Mexican border has decreased 37 percent since 2011. In the past few years, American marijuana users have been choosing more potent, higher-grade varieties grown in the United States.

A new study finds syringe exchange programs in Philadelphia and Baltimore have prevented thousands of new HIV cases in people who use drugs.

Too Little Naloxone Being Dispensed in Many Areas That Need it Most: CDC

Far too little naloxone is being dispensed in many areas of the country hardest hit by the opioid epidemic, according to a new report by the Centers for Disease Control and Prevention.

To question why treatment programs are not held accountable for outcomes in the same way as the medical field is to indicate some misunderstanding of the nature of addiction. To use the medical field as an example, if you were treating someone for diabetes and they refused to follow medical advice, did not modify their diet, etc. Would you hold the doctor responsible for the bad outcome? In treatment we have some pretty good plans to help people recover, but their are lots of barriers for people to follow through on those plans. Denial, minimizing , rationalizing, justification all added to the physical aspects of addiction as well as changes in brain functioning make for a steep road to recovery. On average a person in recovery does not even begin to see more clarity in their thought process until 30 days clean and it takes an average of three treatment episodes to get to that 30 days. Bottom line, no program “works”. Until someone wants to do the work to gain recovery no program will work for them even if others in the same program are making strides. When someone reaches the point of readiness to take action lots of things begin to change. Their is no magic cure.

Keep in mind that we also pay for people’s bad choices when an addict gets thrown in prison for possession of a narcotic. There they can either get clean or get high, and come out worse than before after being locked up with others doing time for more serious offenses. Treatment helps many people, and I personally think it’s a better solution than prison. As for drug programs for kids, I think they’re good, but most of us had those programs when we were kids, and I’m not sure how much that helped once we became adults and had to grow up and learn to “Just Say No” in the real world. In regards to the “rich boys in the suburbs”, I wonder to whom you are referring to? The CEOs of Big Pharma and politicians, or the young kids addicted to drugs? The latter are definitely not the ones with the money and the power to really control what goes on behind closed doors in the war on drugs, and they also aren’t the only ones partaking in illicit drugs. If you want to look for blame, start with the war in Afganistan where most of the poppy seeds that produce heroin are grown, and go from there. The war on drugs has been a sham from the start. We are no more concerned with our “neighbors to the South”, than we are with our neighbors up the street. The war on drugs is a money making business, and the last people I blame are the addicts who unfortunately get caught up in the middle, and whose lives are destroyed in the end.

I continue to wonder why we are more focused on treatment and law enforcement than on programs of prevention. The only program that could reach most of U.S. Youth, Safe and Drug Free Schools block grants, has been discontinued. Prevention dollars are now rationed, by that I mean that communities have to compete or maybe I should say beg for dollars.

Another concern I have is use of tax dollars to pay for treatment (insurance for addicts) for those that make bad choices to use drugs. Should I be responsible for their bad choices?

Do we write about where dollars for illicit drugs go? Is the rich boys in the suburbs, the eventual drug addicts, that are financing the drug cartels who are beheading our neighbors to the South?