Long-Term Stimulant Abuse May Have Bigger Effect on Brains of Women: Study 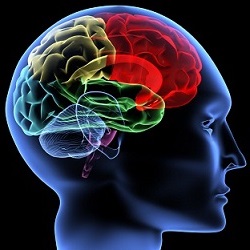 Long-term abuse of stimulant drugs such as cocaine and methamphetamine may have a greater effect on the brains of women compared with men who were dependent on the same drugs, a new study suggests.

Women who used to be addicted to stimulant drugs have a smaller amount of a type of brain tissue called gray matter, compared with women who had not been dependent on stimulants, HealthDay reports. The women in the study had stopped using the drugs for about a year before they underwent brain scans. They also had less gray matter than men who had been drug-dependent and men who had not used stimulants.

“Gray matter is important because it is where signals are generated in the brain that gives us the ability to think, move and behave,” said study author Dr. Jody Tanabe of the University of Colorado School of Medicine.

Men who used to be dependent on stimulants had brain scans that were similar to those of healthy men, the study found.

The researchers said it is not clear why stimulant drug use affects the brain’s gray matter in women. The findings appear in the journal Radiology.

Tanabe noted that the new “study adds to the growing body of evidence that gender plays a significant role in studies looking at brain structure and function in addictions. Future studies need to focus on mechanisms of these differences and how they impact behavior.”

Reliable and beneficial for awareness of our edu. System.