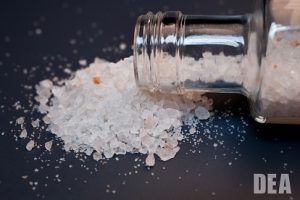 In the past year, federal and state policymakers have taken a number of steps to combat synthetic drugs, also known as “novel psychoactive substances (NPS),” according to Jonathan Woodruff, Senior Legislative Attorney at the National Alliance for Model State Drug Laws (NAMSDL).

Legislators placed many substances into Schedule I of state and federal controlled substance lists, thereby making them illegal to manufacture, distribute or possess unless specifically authorized. They also created and/or enhanced criminal penalties for people or businesses found producing or selling the banned substances.

“There’s no one magic bullet on the legislation side that will accomplish outlawing a broad swath of novel drugs,” Woodruff said.

The federal government banned the first five synthetic drugs in 2011. Between then and the end of 2015, the DEA had placed, either temporarily or permanently, nearly 40 synthetic drugs into federal Schedule I. During the first 11 months of 2016, DEA has added five new synthetic drugs into Schedule I. Each of the new drugs was added under a law that allows the U.S. Attorney General to schedule substances on a temporary (and expedited) basis if it is “necessary to avoid an imminent hazard to the public safety.” The temporary scheduling initially lasts two years, but it can be extended once for an additional year before a final scheduling decision is made, Woodruff explains.

In March, the DEA extended the temporary ban of 10 synthetic cathinone drugs (sometimes referred to as “bath salts”) for an additional year. The DEA issued a notice of intent to permanently ban these substances in the future.

The DEA in August proposed to temporarily ban the main psychoactive constituents of the plant kratom, which can produce opioid-like effects. In October, the agency reversed the decision in the wake of protests by advocates, scientists and kratom vendors.

Recently, the DEA banned furanyl fentanyl and the synthetic drug U-47700, known as “Pink.”

At the state level in 2016, there were numerous pieces of legislation enacted and regulations adopted that ban one or more novel psychoactive substances. NAMSDL found 24 states plus the District of Columbia that added at least one such drug to their list of banned substances, with proposed regulatory changes pending in three other states.

One reason states ban drugs even if they are already banned under federal law is that it allows the offender to be prosecuted under state law, Woodruff said. Although multiple factors bear on whether a particular case is prosecuted at the state or federal level, Woodruff explained, prosecution under state law sometimes can be more straightforward, and may be preferable if it is less expense and complicated than a prosecution under federal law. In addition, he noted, banning a drug often is faster at the state level than at the federal level. “Many states look at what the Drug Enforcement Administration (DEA) proposes to do, and they can respond with emergency regulations that do the same thing.”

A growing number of localities are also banning novel psychoactive substances and targeting businesses that sell them, according to Woodruff. Currently there are at least 150 cities or counties with such laws, including some in California, Florida, Illinois, Indiana, Michigan, Mississippi and Texas.

In addition to adding new synthetic compounds to the list of banned substances, Congress and a number of states proposed legislation in 2016 designed to combat the emergence of NPS in other ways. Most of this legislation is focused on creating or increasing penalties for the possession, use, or sale of NPS, Woodruff noted. However, there is some legislation that is aimed at information gathering and public health issues, he said.

In Congress there are about a dozen NPS-related bills currently pending. Most have not progressed beyond their initial post-introduction assignment to a subcommittee. Among the topics addressed by these bills are: (1) broadening the definition of a controlled substance “analogue” under the Controlled Substances Act; (2) promoting studies of and research into abuse of NPS; and (3) locating and penalizing fentanyl trafficking.

At least eight states enacted laws in 2016 to create or increase criminal penalties associated with NPS. Most of these laws appear aimed at drug traffickers and sellers, although California’s law also criminalizes the use of NPS.

The U.S. House of Representatives passed a bill this week that would extend the Drug Enforcement Administration’s ban on variants of fentanyl for another 15 months.