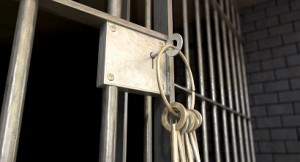 About one-third of the inmates are undocumented immigrants. They will be deported, the article notes.

“Today’s announcement is nothing short of thrilling because it carries justice,” Jesselyn McCurdy, Senior Legislative Counsel at the American Civil Liberties Union, said in a statement. “Far too many people have lost years of their lives to draconian sentencing laws born of the failed drug war. People of color have had to bear the brunt of these misguided and cruel policies. We are overjoyed that some of the people so wronged will get their freedom back.”

This summer, the White House announced President Obama commuted the sentences of 46 non-violent drug offenders. Most of the offenders had been sentenced to at least 20 years, and 14 were given life sentences for nonviolent drug offenses. As of July, the Obama Administration had issued a total of 89 commutations—more than the last four presidents combined.

In a letter to each inmate whose sentence was commuted, Obama said he had chosen them because “you have demonstrated the potential to turn your life around. I believe in your ability to prove the doubters wrong, and change your life for the better.”

In April, the White House announced 22 drug offenders serving time in federal prison would be freed. Eight of the inmates had received life sentences. Many of the 22 inmates would have already served their time under current drug laws and sentencing policies.

The United States Sentencing Commission reduced the penalties for many nonviolent drug crimes in April 2014.