Jump in Colorado School Drug Cases May be Linked to Marijuana Legalization: Experts 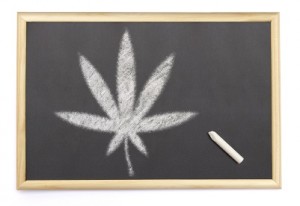 Schools do not report which kinds of drugs are involved in the incidents, the article notes. State legislators are now asking school districts to keep track of which drugs they are finding.

John Simmons, the Denver Public Schools’ Executive Director of Student Services, says schools in his city saw a 7 percent increase in drug incidents, from 452 to 482. Almost all of the incidents were related to marijuana, he said.

Middle schools across the state reported a total of 951 drug violations, the highest number in a decade. School officials say while marijuana use has long been a problem, more students are trying it now that it is more easily available and socially accepted.

“We have seen parents come in and say, ‘Oh that’s mine, they just took it out of my room,’ and that sort of thing,” said school resource officer Judy Lutkin of the Aurora Police Department. “Parents have it in their houses more often, and the kids just can take it from home.”

“Middle schoolers are most vulnerable to being confused about marijuana,” said Dr. Christian Thurstone, attending physician for the Denver Health Adolescent Substance Abuse Treatment program. “They think, ‘Well, it’s legal so it must not be a problem.'”

Meg Sanders, owner of MiNDFUL, a marijuana company that operates in Colorado, says her business is very careful not to market to children. “We feel it’s our responsibility as a responsible business to card not just once but twice for any recreational customer, and medical patients have to show several documents before they can purchase marijuana,” she said.

Some States Classify Recreational and Medical Marijuana Businesses as Essential

More than a dozen states have classified recreational marijuana shops and medical marijuana dispensaries as “essential” businesses during the coronavirus pandemic, The New York Times reports.