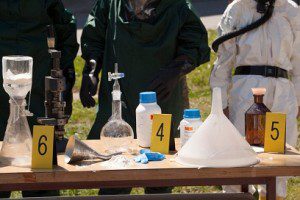 U.S. emergency departments reported a sharp increase in methamphetamine-related visits between 2007 and 2011, according to a new government report.

The report “shows that methamphetamine use may be on the rise again, and we must do everything we can to address this serious public health problem,” Dr. H. Westley Clark, Director of the Substance Abuse and Mental Health Services Administration’s (SAMHSA) Center for Substance Abuse Treatment, said in a news release.

The SAMHSA report found meth-related visits increased from about 68,000 in 2007, to almost 103,000 in 2011—the latest year for which data is available, HealthDay reports. ER visits related to meth had significantly decreased between 2005 and 2007, the article notes.

“One important step is to use the hospital emergency department visit as a critical opportunity to talk to, and intervene with, people using this drug so that they can more fully understand its dangers and where they can turn to for help,” Clark noted.

Meth has a high potential for abuse and addiction, according to SAMHSA. The drug can lead to a range of physical and mental health issues, including severe dental problems, anxiety, confusion, insomnia, mood changes, and violent behaviors.