E-Cigarette Use More Common Among Teens Who Drink: Study 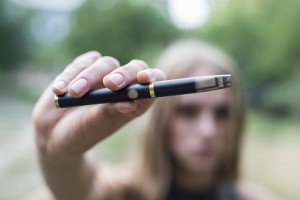 Students who regularly engaged in binge drinking were four times as likely to use e-cigarettes, compared with nondrinkers.

The study included more than 16,000 students in England ages 14 to 17. The researchers found 20 percent of them had used e-cigarettes. Of these students, 16 percent had never smoked regular cigarettes, while 23 percent had tried smoking but didn’t like it. Almost 36 percent were regular smokers, almost 12 percent had only smoked while drinking, and nearly 14 percent had quit smoking.

The findings are published in BMC Public Health.

“Our research suggests that we should be very concerned about teenagers accessing e-cigarettes,” study co-author Mark Bellis noted in a news release. “While debate on e-cigarettes has focused largely on whether or not they act as a gateway to tobacco cigarette use, e-cigarettes themselves contain a highly addictive drug that may have more serious and longer lasting impacts on children because their brains are still developing.”

In a guest blog accompanying the article, Wilson M. Compton, Deputy Director of the National Institute on Drug Abuse, notes, “The last thing we want to see is for these sleek, shiny, and safe-seeming new devices to re-glamorize smoking behavior and reopen the door to conventional cigarette use in a population that has been consistently using less and less tobacco since the 1990s. That would undo decades of successful prevention efforts and put the health of yet another generation of kids at risk.”