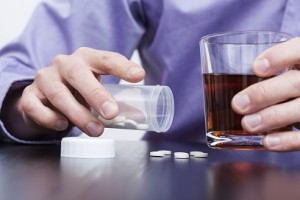 The death rate of white middle-aged Americans is on the rise, driven in large part because of drug and alcohol overdoses, suicide, chronic liver disease and cirrhosis of the liver, a new study finds.

The Princeton University researchers say no other industrialized country has seen a similar deterioration in health during the 15 years studied, from 1999 to 2013, HealthDay reports. “We sort of fell off our chairs when we saw that in the data, because that’s just not what’s happening elsewhere,” said study author Anne Case.

She and co-author Angus Deaton connected rising death rates in middle-aged whites to factors including increasing reports of pain, growing psychological distress, more alcohol poisonings and greater availability of prescription painkillers such as OxyContin and Vicodin.

The study found death rates of U.S. Hispanics and blacks decreased during the same period. The findings are published in the Proceedings of the National Academy of Sciences.

“Now there are more people 45 to 54 dying from alcohol and drug poisonings than from lung cancer,” said Aaron White, Senior Scientific Advisor to the Director of the U.S. National Institute on Alcohol Abuse and Alcoholism. He called the results “very alarming.”

The researchers said the increasing death rate among middle-aged whites may be connected to the increased availability of opioid prescriptions that began in the mid-1990s. There has also been a significant increase in reports of pain and suicides, the researchers noted. Pain as well as drug and alcohol use are all established risk factors for suicide, they said. “The epidemic of pain, which the opioids were designed to treat, is real enough,” the researchers wrote. They added that the study cannot establish which came first — pain or painkillers.

Adults with a high school degree or less had the biggest jump in death rates—up 22 percent during the 15-year period.