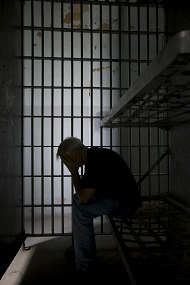 The Bureau of Prisons, part of the U.S. Department of Justice, is proposing revisions to residential drug abuse treatment program regulations to allow greater inmate participation in the program, The Hill reports.

The bureau proposes to remove language from the regulations that require the automatic removal of inmates from the program if they have an incident, such as being caught using alcohol or drugs, being violent or attempting to escape. The proposed rule would allow the bureau more discretion in determining which inmates should be removed from the program.

Under the proposed rules, the bureau would give at least one formal warning before removing an inmate from the program, unless there was a documented lack of compliance, and the inmate’s continued participation would be an immediate problem for the staff or other inmates.

More inmates could be eligible for release up to one year early if they completed a residential drug abuse treatment program. Currently, inmates are not eligible for early release if they have a prior felony or misdemeanor conviction for homicide, forcible rape, robbery, aggravated assault, arson, kidnapping or an offense that involves sexual abuse of minors.

The new rules would allow inmates with prior felony or misdemeanor convictions to be eligible for early release if the prior conviction was imposed 10 years before they were sentenced for the crime for which they are serving time.

A change proposed by the Department of Health and Human Services that would give doctors greater access to addiction treatment records is raising patient privacy concerns, PBS NewsHour reports.