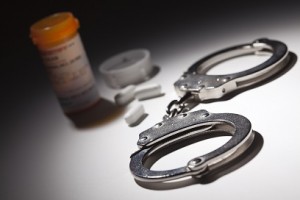 The operation was aimed at stopping the illegal distribution of opioid painkillers such as oxycodone and hydrocodone, and other addictive prescription drugs, such as the antidepressant Xanax. Twenty-two doctors and pharmacists were among those arrested on federal and state criminal charges. The DEA said the action was the largest-ever prescription drug operation.

In addition to prescription drugs, the DEA seized 51 vehicles, 202 weapons and more than $400,000 in cash. The 15-month operation involved almost 1,000 law enforcement officers.

Large pharmacy chains involved in a major lawsuit over the opioid epidemic have sued doctors in Ohio, claiming they are to blame for the nation’s drug crisis.

The Food and Drug Administration did not ensure that a program designed to reduce improper opioid prescribing was effective, according to a report published this week.

Many pharmacies don’t provide patients with instructions on how to properly dispose of unused opioids and antibiotics, according to a new study.

Please do this in Kentucky and Tennessee !!!! It’s terrible here and no one seems to care.

The article refers to the drug Xanax as an antidepressant. It is actually prescribed as an anti-anxiety medication.

It is a shame that it had to come to this.
BUT IT WAS NECESSARY
Prescribers Pay Attention.
Skip Sviokla MD ABAM

It’s about time they start making a priority out of this. I went to the hospital a week or so ago and 3 separate times the male nurse asked if I wanted a pain killer and then provided to tell me that it wasn’t nothing to be ashamed of and they I wouldn’t get addicted by talking them once. Somebody stop them!!! I don’t want to go to one of my families funeral because they OD’.