Commentary: Disney Takes on Matter of Life or Death

Shareholder meetings may feel like do-or-die situations to corporate leaders, but last month The Walt Disney Company’s CEO and Chairman Bob Iger made an announcement at the company’s shareholder meeting that truly was a matter of life or death. 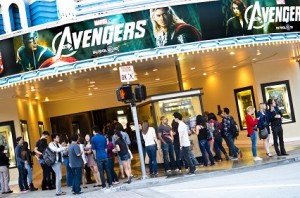 Iger announced that Disney’s studios will produce smoke-free PG-13 films – expanding an existing policy to cover all of Disney’s studios, including Marvel, Lucasfilm and Pixar, and narrowing exceptions to the rule to historical accuracy. It is a decision that puts Disney on the best side of that life or death ledger.

At this point no one really needs to be told that tobacco use causes short- and long-term harm including heart attack, stroke, cancers of almost everything from mouth to the colon and particularly the lungs, and chronic respiratory disease.

Still, the tobacco industry recruits youth and young adults as new replacement smokers every day. Of those who smoke long-term, half will die prematurely from smoking. Tobacco is the leading preventable cause of illness and death in the United States. Yet when it comes to the movies, as the online resource Smokefree Movies reminds us, the focus of the ratings system seems to be on swearing, sex and violence rather than tobacco.

Young people – teens and even those in their early twenties – are particularly vulnerable to social and environmental influences.This gives enormous influence to celebrities and the movies they make.

Images of smoking in movies have declined as of late. But that same Surgeon General’s report noted that as recently as 2010, nearly a third of top-grossing movies produced for children – those rated G, PG, or PG-13 – contained images of smoking.

There are 5.6 million young lives now at risk of tobacco-related illness and death – youth who are already smoking. That’s why Iger’s announcement matters. And it is why some want Disney, and the other studios that form the board of the Motion Picture Association of America, to make sure MPAA goes even further by making smoking a strong determining factor as to when films receive an R-rating.

Disney isn’t alone in creating the stories and images young people watch. We need the other major studios to follow Disney’s example. We need industry groups, such as MPAA, to lend their ideas and influence to stop studios from serving as unpaid spokespeople for big tobacco. And we need caring adults everywhere to connect the dots between images of smoking on film and the illness and death they cause.

I imagine there are many days studio chiefs think they’re dealing with life or death matters. The difference is: tobacco use on-screen really is one.

Alcohol causes far more damage than smoking, yet where is the push to limit drinking in movies?