Some Chronic Pain Patients Say They Have Trouble Obtaining Painkillers 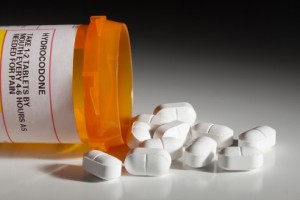 Some patients with chronic pain say they are having increasing trouble obtaining prescription painkillers. This trend may be an unintended consequence of the government’s attempts to reduce illicit use of prescription drugs, PBS NewsHour reports.

Bill Napier, who owns the independent Panama Pharmacy in Jacksonville, Florida, says drug wholesalers who supply his store no longer distribute the amount of medication he needs. “I turn away sometimes 20 people a day,” he said.

Napier says last year agents from the Drug Enforcement Administration (DEA) came to discuss the narcotics he dispensed. “They showed me a number, and they said that if I wasn’t closer to the state average, they would come back. So I got pretty close to the state average,” he said. Napier acknowledges he had to dismiss some patients in order to get to the required number.

Until several years ago, Florida was considered a haven for “pill mills,” which sold prescription painkillers to people directly for cash. Oxycodone-related deaths in Florida increased 118.3 percent from 2007 to 2010.

The rate began to decline in 2010 due to a variety of factors, including the introduction of abuse-deterrent oxycodone formulations, law enforcement crackdowns on “pill mills,” and a Florida law that imposed new penalties for physicians who overprescribe medication.

Jack Riley, acting deputy administrator of the DEA, says an increase in law enforcement activity has led to the decline in opioid overdose deaths in Florida. He says law enforcement efforts are not to blame for rationing painkillers.

“I’m not a doctor. We do not practice medicine. We’re not pharmacists. We obviously don’t get involved in that,” he said. “What we do do is make sure the people that have the licenses are as educated as possible as to what we’re seeing, and that they can make informed decisions as they do dispense.”

1% of Health Providers Prescribe Almost Half of All Opioid Doses: Study

Just 1% of health care providers accounted for nearly half of all opioid doses and 27% of all opioid prescriptions in 2017, according to a new study.

I am a wife and mother of two. I suffer from server fibromyalgia, myofasial pain, both shoulders have torn rotator cuffs right bicep torn, left knee needs surgery, had surgery on right knee, fore arm surgery(intersection syndrome) torn both achilles tendons multiple times and heeled with nasty scare tissue to name a few so I have a body full of arthritis, osteoarthritis, and bursitis and to be told a week before my normal refills that I have been on for over 5 years that oh by the way ummm you can’t get these any more! And then wants to try a clinical drug on me for alcoholics which by the way I don’t drink. But in order to go on this prescription I have to be off any and all narcotic for 2 weeks! Now if I’m having a good day I have been know to go a whole day without taking anything. But the weather here has been so wacky that for the last 2-3 months that hasn’t happened! I tried yesterday and today not to take anything and fat freaking chance!!!! I can’t do this to my kids!!!! I have never gone more then one day without!! Plus winter is coming and that is the worse time of the year for my body. My quality of life went from 60% to 25% in one doctor visit. How can they sit back in there offices and determine that our lives don’t matter? That we don’t matter? I went to several specialists to get to where I am today. Granted they won’t do surgery on my because I’m to high risk. Beside them thinking I’ll come out worse then going in because of my fibro. I also have factor 5 blood disease. So yea my life sucks.

Plain and simple I’m a chronic pain sufferer and at one pint I was being prescribed an amount of meds that gave me back my life. For two months I lived again after 5 years of not one Dr able to solve my pain because it wasn’t in a text book. Then in month three BAM I call to have my scripts written and I am told I must choose between one or the other they can no longer write both for me. Now you tell me who is to blame. Flat out its our crooked government making Dr’s that are honest feel like they are nothing but dealers. Needless to say I have never been the same since and am now at my wits end with work trying to fire me or get me to quit. Due to my performance going downhill. After 6 years I don’t know where to turn my current Dr threatens me when I tell him after the first month visit that I am about three days worth of pills short on my script. Understand I went from 180 10/325 and 30 10mg sr that gave me my life to 120 7.5/325 and 60 20mg sr. Now you say that’s still 2100 mg but having only 4 break through pills a day at less strength and no one gets 12 hours out of an extended release tablet so I went from having pills left over to coming up short because I have two young girls and was at the time only 46 years old. I am now at s point where I am praying Pennsylvania Marajuaba laws get their butts in gear and my Dr lets me try something other than opioids. My problem I still have two young children that are active in school and sports etc… And have full time job as well and I am not able to help around the house like I use too. So what do I do go for my 5th Pain Management Dr or look into disability witch will really change my families lifestyle. I can work and function ion 100% when my pain is under control with no affects. I have come to a cross roads very simply put and I for the first time am willing to try heroin. Why tell me why would I even think about this. I have so much to lose. Easy street pills cost an arm and a leg and heroin costs zip. Hell I can make my own. Now am I turning to heroin because I’m an addict and need something stronger no not at all. I take my pills and skip days early in the month on weekends witch and lose time with my family as bed is the only place I can cope and I lose at least two days sleep 2 to 3 times a month with pain so bad I can’t sit still. I pass out from exhaustion eventually. The ones that pop 200 pills in a week are still going to get their pills or fix somewhere. But who pays for their abuse me. Stop making legitimate chronic pain patients suffer. Create a license system that allows me to get my meds when I need them something anything that gives me back my dignity. Chronic pain sufferers are not addicts they are good people that are treated like junkies

I agree with Billy, RPh and AddictionMyth. I lost my daughter to suicide after battling mental illness and substance abuse. When she was no longer able to obtain prescription opioids, she started visiting a heroin dealer. We had the resources to send her to various “rehab” facilities….that were very expensive, yet completely ineffective. She ended her own life after just 3 months of heroin use.

If our healthcare and mental health systems functioned properly, “drug seeking addicts” would immediately be offered affordable, effective services to combat their substance abuse and any underlying psychological pathology. Instead, doctors are often forced to turn these people out onto the streets, denying them access to basic healthcare. There is a DIRECT correlation between increases in opioid prescription restrictions and spikes in suicide deaths and deaths related to heroin overdose.

When opioid prescription restrictions are increased, and patients are denied the medications, unintended consequences have surfaced: for substance abusers, the cravings and mental anguish won’t disappear because they can no longer obtain their DOC. Many turn to heroin. People with very real, debilitating, physical, chronic pain are forced to suffer without the medications that make life tolerable. Some are restricted to doses that are ineffective. Many die from suicide.

I often compare the futility of restrictions on opioid prescription to a hypothetical situation: It is known that many cases of diabetes could be controlled by changes in patient behavior….Let’s say that one day, lawmakers decide that insulin should no longer be available….the lawmakers hypothesize that if insulin is not available, diabetics would be forced to make the necessary lifestyle changes… weight loss, exercise, dietary changes, etc. A small number of diabetics might do this. These lifestyle changes may make insulin obsolete for some. For others who have severe pancreatic damage, these lifestyle changes will probably not work. They will suffer and die. Others will not make the lifestyle changes, and become very sick….many will die from diabetic complications. Few physicians would advocate removing insulin from our pharmacies, as a “cure” for diabetes. For the vast majority of diabetics, refusing them insulin will not cure (or even control) the underlying disease process.

Bottom line….opioid prescription restrictions are NOT the answer. Even if these restrictions decrease the number of deaths directly related to prescription drug overdose, MORE deaths occur, due to related causes. People are forced to suffer, and the ROOT CAUSES are not addressed.

This article discusses the spike in suicide deaths within Russia, because of the difficulty in obtaining prescription pain medication:
http://www.ibtimes.co.uk/dying-dignity-why-russias-cancer-patients-are-killing-themselves-1443784