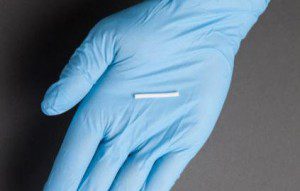 A new study finds people addicted to opioids who are treated with the newly approved implanted form of buprenorphine are more likely to maintain abstinence after six months, compared with those taking the pill form of the treatment.

The implant, Probuphine, is placed in the upper arm. It releases a steady dose of buprenorphine for six months, HealthDay reports. Researchers found 86 percent of patients with a Probuphine implant were still drug-free after six months, compared with 72 percent of those who took the pill form of buprenorphine. The results appear in the Journal of the American Medical Association.