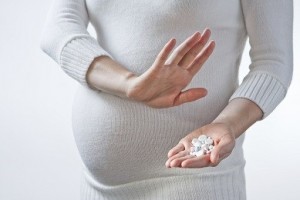 Almost one-third of women of childbearing age had an opioid painkiller prescription filled each year from 2008 to 2012, according to a new government study. These drugs can increase the risk for birth defects, The New York Times reports.

The study, by the Centers for Disease Control and Prevention (CDC), found 39 percent of women ages 15 to 44 on Medicaid, and 28 percent of women of the same age group with private insurance, filled an opioid prescription in a pharmacy each of those years.

“These are dangerous drugs that are addictive, and we are substantially overusing them,” said CDC Director Dr. Thomas Frieden. He noted that women often do not know they are pregnant in the early weeks of a pregnancy, which is a crucial time for organ formation. If they take opioid painkillers, they could be “unknowingly exposing their unborn child,” he said.

Opioid painkiller exposure can raise the risk for defects in a baby’s brain, spine, heart and abdominal wall, the article notes. Babies whose mothers take opioids during pregnancy are also at risk of neonatal abstinence syndrome. A baby with the syndrome experiences symptoms of withdrawal from medications or drugs taken by a mother during pregnancy.

Oxycodone, hydrocodone and codeine were the most frequently prescribed opioids for women with either public or private insurance.