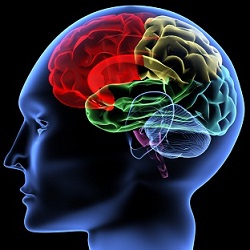 Teenagers who experience a traumatic brain injury (TBI) are at increased risk of using marijuana, drinking alcohol and smoking, a new study finds. They are also at risk of getting poor grades, HealthDay reports.

The researchers defined a TBI as a blow to the head that resulted in the teen being knocked out for at least five minutes, or spending at least one night in the hospital due to symptoms associated with the injury.

“This is a wake-up call. Concussions are brain injuries, and we need parents and physicians to become more vigilant,” said lead author Gabriela Ilie of St. Michael’s Hospital in Toronto. “Our brains define who we are, and a lot of our behaviors and thoughts and emotions depend on our brain circuitry operating properly.”

The researchers used data from a survey of more than 9,000 students in grades 7 through 12. They found girls with a TBI were three times more likely to smoke than girls without a brain injury. Girls with a TBI were also more likely to endure bullying, think about suicide or suffer from anxiety or depression after their injury, risks that were not associated with boys who experienced a TBI.

“Both boys and girls were more likely to engage in a variety of harmful behaviors if they reported a history of TBI, but girls engaged in all 13 harmful behaviors we looked for, whereas boys were at higher risk of engaging in only nine,” Ilie said in a news release. “Sex matters when it comes to traumatic brain injuries.”

Some of the risks increased with age. Boys with a TBI were twice as likely to smoke daily in their late teens. The number of girls with a TBI who drank increased 20 percent as they left their middle teens, and reached 89 percent between ages 17 and 20.

The findings appear in the journal PLOS ONE.