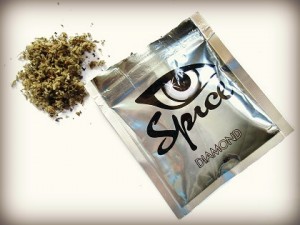 Although authorities are trying to crack down on synthetic marijuana, emergency department physicians are still seeing an influx of young people who experience serious side effects after taking the drug, according to Lewis S. Nelson, M.D., Professor in the Department of Emergency Medicine and a medical toxicologist at NYU Langone Medical Center.

Synthetic marijuana is a very misleading name for the drug, Dr. Nelson says. “It really has nothing to do with marijuana,” he notes. “The synthetic drug, called a cannabinoid, is sprayed onto ground up plant material. Unlike marijuana, you are not smoking it for the ingredients in the plant itself.”

This class of drugs binds to the same receptor in the brain as THC, “traditional” marijuana’s psychoactive ingredient. “But it has different effects on that receptor, and it has other effects at other receptors as well,” he explains. “It’s incredibly potent, meaning it takes just a little bit to have an effect and this can lead to problems with dose control.”

According to the American Association of Poison Control Centers, synthetic cannabinoids can be extremely dangerous. Health effects can include severe agitation and anxiety; fast, racing heartbeat and high blood pressure; nausea and vomiting; muscle spasms, seizures, and tremors; intense hallucinations and psychotic episodes; and suicidal and other harmful thoughts and/or actions.

Synthetic cannabinoids, often sold as “K2” or “Spice,” are one of two common types of emerging synthetic drugs. The other type is known as synthetic cathinones, and is often sold under the guise of “bath salts.” When a person comes into the emergency department with symptoms of synthetic drug use, it is difficult to tell which type of synthetic drug they have taken. The symptoms are also similar to those caused by methamphetamine or cocaine, Dr. Nelson added.

Compounding the danger of both new synthetic classes of drugs is the fact that a person using the product doesn’t know what is actually in it, Dr. Nelson says. “It could contain one of a thousand different things. You cannot know what drug you took, the right dose to take, how long it will last, and what happens if you mix it with any other drugs or alcohol. It’s unsafe to begin with, but this variability makes it even more hazardous.”

Synthetic drugs are still available even though federal, state, and local authorities have banned them. Synthetic drug makers, many of them in China, continually change the chemical makeup, so it is technically a different drug than the ones that have been banned, Dr. Nelson explains. “They live in limbo, though still illegal to use for abuse purposes, until regulators catch up with them.”

In early January, U.S. Senators Diane Feinstein of California and Rob Portman of Ohio introduced the Protecting Our Youth from Dangerous Synthetic Drugs Act, which would provide law enforcement with tools to prosecute producers and distributors of synthetic drugs.

In 2012, Congress outlawed several synthetic drugs in the Synthetic Drug Abuse Prevention Act, but manufacturers and distributors slightly changed their chemical structure to get around the law. The new bill is designed to address this problem by allowing the federal government to quickly update its list of banned synthetic drugs.

The bill would establish a committee of scientists, headed by the Drug Enforcement Administration, which would be responsible for establishing and maintaining an administrative list of synthetic drugs or controlled substance analogues. The committee would be structured so that it could respond quickly and robustly to the threat. It would also make it illegal to import a controlled substance analogue on the list unless the importation is intended for non-human use.

In early January, the Drug Enforcement Administration added three new forms of synthetic cannabinoids to its list of banned substances. These drugs are considered Schedule I drugs, which have a high potential for abuse, no currently accepted medical use in treatment in the United States, and a lack of accepted safety for use even under medical supervision.

The agency said it is especially concerned about synthetic cannibinoids marketing directed at teens and children. Law enforcement has been encountering new variations of synthetic cannabinoids in liquid form. Users apply the liquid to hookahs, vaporizers, and hookah pens.