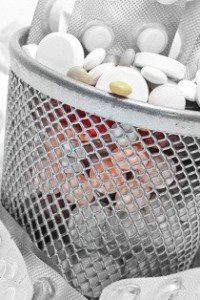 The U.S. Supreme Court this week denied a request by the pharmaceutical industry to review a lawsuit over a drug take-back program in Alameda County, California. The program, which requires drug companies to pay for drug disposal, can now move forward.

The law passed in Alameda County requires drug companies to pay for the costs of a program in which consumers can drop off unwanted medicines, The Wall Street Journal reports. It was the first law of its kind, the article notes. The pharmaceutical industry claimed the program was unconstitutional because it interferes with interstate commerce.

The court’s decision may encourage other counties and cities to consider establishing take-back programs funded by drug companies, experts told the newspaper. Since Alameda passed its law, three other counties – two in California and one in Washington — have adopted similar measures.

In October, a federal appeals court ruled drug manufacturers must pay for the Alameda County program. The decision upheld a lower-court ruling.

An aim of the take-back program is to reduce contaminants in drinking water by giving people an alternative to flushing their medications down the toilet. Officials also hope the program will reduce prescription drug abuse by reducing the amount of medication in home medicine cabinets.

The pharmaceutical industry lawsuit argued safe disposal of unused medications should be a shared responsibility, and that requiring drug companies to pay for the entire cost would ultimately result in increased prices for consumers.

The Ninth U.S. Circuit Court of Appeals in San Francisco ruled 3-0 that the ordinance treats all drug manufacturers equally and does not place a substantial burden on interstate business. The court noted drug companies generate $950 million in sales annually in the county, and could easily afford the cost of the program.

The Pharmaceutical Research & Manufacturers of America asked the U.S. Supreme Court to review that decision.