An analysis of studies has found supervised drug injection sites may not be as effective in preventing drug overdose deaths as previously thought, Vox reports.

The analysis, published in the International Journal of Drug Policy, concluded supervised injection sites have no significant effect on overdose deaths and syringe sharing. The sites are linked to a small reduction in drug-related crimes, the study found.

The researchers said out of the dozens of studies done on supervised injection sites, they could find only eight that were rigorous and transparent enough to include in their analysis. They called for more studies to be done to reach a more definitive conclusion.

Several cities, including New York and Seattle, are considering allowing supervised drug injection sites, where people would be able to inject heroin and other drugs. 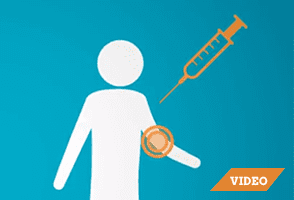 One of the outcomes of the current opioid epidemic is an increased rate of intravenous (IV) drug use — meaning directly injecting opioids or other substances into a vein. It’s a practice that layers risk on top of risk. Yet unfortunately, simply knowing the risks isn’t an effective deterrent, nor a bridge to addiction treatment.