Should doctors recommend alcohol as a way to reduce their risk of heart disease? At the recent Association for Medical Education and Research in Substance Abuse annual meeting, an expert in heart health and an expert in addiction and primary care medicine came up with sharply different answers.

R. Curtis Ellison, MD, Professor of Medicine and Public Health at the Boston University School of Medicine and a senior investigator in The Framingham Heart Study, argued in favor of recommending alcohol to benefit patients’ health. “Is light to moderate alcohol intake associated with beneficial health effects?” His answer is overwhelmingly yes, based on trials in humans and a huge amount of experimental data. He notes there have been many thousands of experimental studies (animals and humans) that support the premise that moderate alcohol and wine intake is associated with better health outcomes.

“While I am not recommending that everyone should drink, it is important that the public be given the truth. Middle-aged and older people should be aware that, unless contraindicated (by former abuse, pregnancy, religious beliefs, etc.), the regular consumption of a small amount of alcohol each day is associated with a lower risk of most of the diseases of aging, and with a longer lifespan,” Dr. Ellison said. 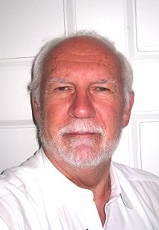 The important message to tell the public, he says, is explaining that drinking patterns make a big difference. “Fourteen drinks a week can mean two drinks a day, or all 14 drinks in one weekend—there’s a striking difference between the two,” he said.

What you drink also can make a difference, Dr. Ellison says. “Animal data and epidemiological data supports that wine drinkers do better, even when you control for eating and health habits.” He added studies have indicated that encouraging moderate drinking does not lead to increased abuse.

He quoted Dr. Philip Cole of the University of Alabama, who warns that public health experts are being paternalistic by not telling people the entire truth in the interest of trying to do what’s best for them. “It’s the concern that if we tell people one drink a day is good that they’ll go out and have two—there’s no evidence that’s happening,” Dr. Ellison said. “Let’s make sure we use education, not paternalism.”

Richard Saitz, MD, MPH, Professor of Medicine and Epidemiology at the Boston University Schools of Medicine and Public Health, says doctors should “absolutely not” promote alcohol consumption as a way for people to improve their health.

Public health officials have seen with prescription drugs, medical marijuana and now e-cigarettes, that if something is seen as sanctioned, teens will have the impression it’s safe, he said. “This can affect rates of addiction.”

“Any medical group will agree that in order to recommend a preventive intervention, you need the highest levels of evidence,” he said. “That would be multiple, large, randomized controlled trials showing that recommending alcohol to patients would improve outcomes, or at least that the benefits would outweigh the risks. We have no such study.”

In contrast, doctors started recommending low-dose aspirin for reducing the risk of heart disease only after many large controlled, randomized trials showed it was effective, Dr. Saitz noted. 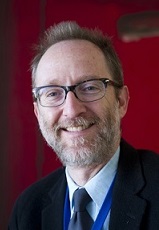 The majority of studies suggesting a health benefit from alcohol ask people how much they drank last week, and then follow up 20 or 30 years later to see if they had a heart attack and died, he says. “We’d never accept that kind of evidence for a pharmaceutical product. There are numerous problems with these studies. We don’t really know the dose of alcohol, just what people who had been drinking tell you they remember they drank.”

Since so many people already drink, the patients who don’t drink are probably abstaining for various reasons, such as a family history of heavy drinking, medical problems that have made them stop drinking, religious objections, or not liking the taste, he said.

A major reason not to promote drinking is that alcohol has been classified as a carcinogen by the U.S. National Toxicology Program and the World Health Organization, Dr. Saitz pointed out. “You don’t want to increase the risk of cancer, even if it might prevent heart disease,” he said. According to the National Cancer Institute, even moderate drinking has been shown to increase the risk of breast cancer.

Excessive alcohol use is the third-leading preventable cause of death in the United States, according to the Centers for Disease Control and Prevention. “On a public health basis there’s no question alcohol causes more harm than good,” he says. “Many other things can be done for your health that are proven, that are not likely to be harmful for your health.”