The rate of methamphetamine overdose deaths is rising, but there are no drugs approved by the Food and Drug Administration to treat meth addiction, Kaiser Health News reports. There are also no drugs that can reverse a meth overdose.

Between 2011 and 2016, the rate of overdose deaths involving meth more than tripled, according to the Centers for Disease Control and Prevention.

“We’re realizing that we don’t have everything we might wish we had to address these different kinds of drugs,” said Dr. Margaret Jarvis, a psychiatrist and distinguished fellow for the American Society of Addiction Medicine.

People who use meth also tend to use other substances. This makes it more difficult for first responders to treat meth overdoses, said Dr. David Persse, EMS Physician Director for Houston. “If we had five or six miracle drugs,” Persse said, to use immediately on the scene of the overdose, “it’s still gonna be difficult to know which one that patient needs.” 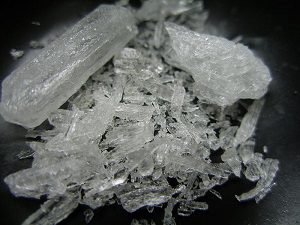